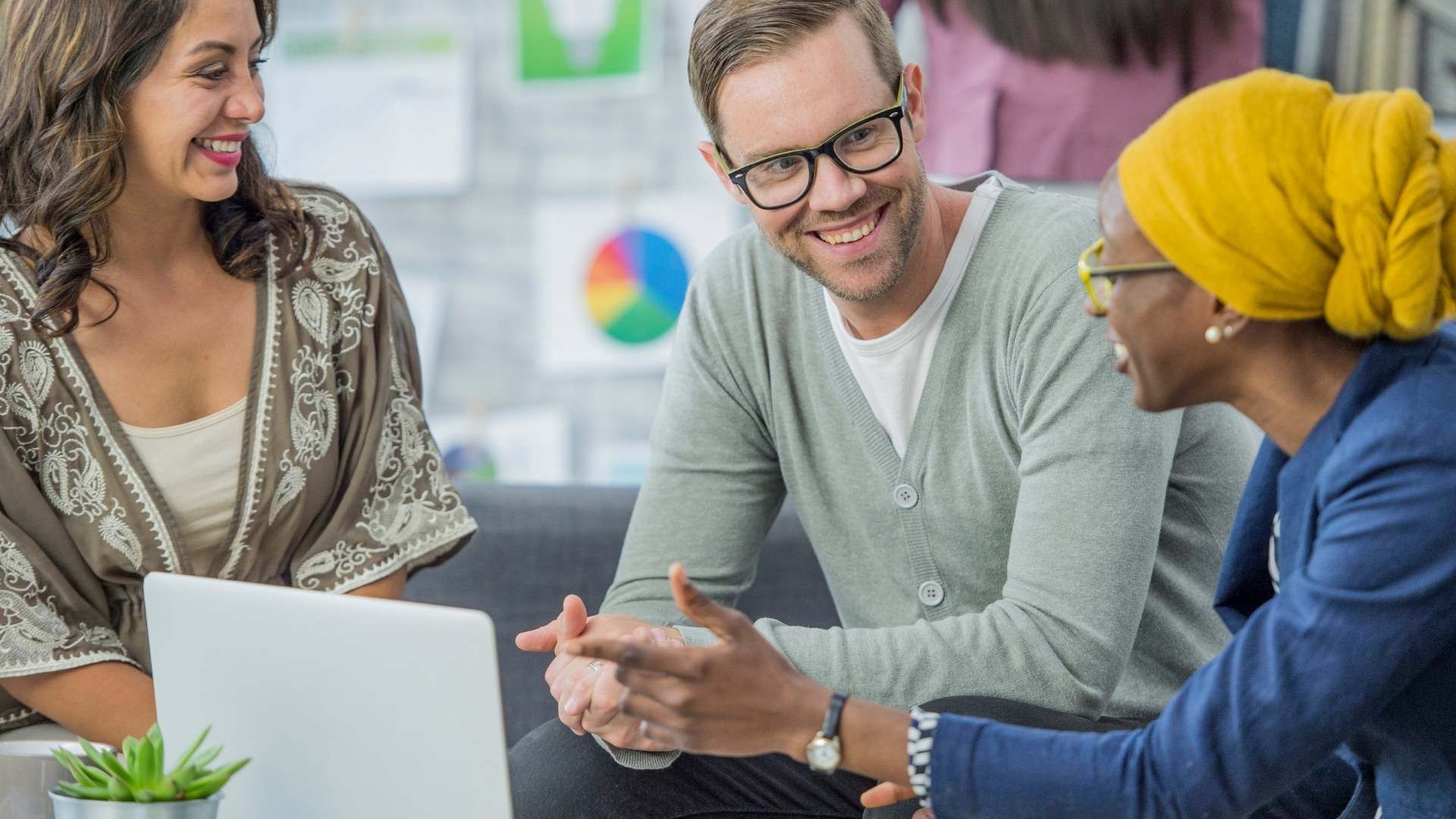 How to Craft Powerful Stories that Can Drive Culture Change

There is an old adage that says:

I had a first-hand experience with this very early on in my career. The MD of a company I used to work in, liked telling us the story about penguins and elephants:

When a penguin is injured, other penguins will attack and kill it to prevent unnecessary delays in the waddle’s journey. Elephants, by contrast, have deep emotional bonds and care for one another. When one falls sick, the entire herd rallies around it, nurturing it until it gets better or dies. Elephants look out for one another.

He would pause for effect and then deliver his punchline:

“We are the penguins. We don’t let anything or anyone slow us down.”

People repeated his story all the time, some in shock and disbelief, some with a strange sense of masochistic pride. Irrespective of how we related to his story, it ended up shaping our culture. It spoke volumes of who we were as a collective. It set the expectations for what was acceptable and what would be frowned upon. It told us in no uncertain terms that our humanity would not be welcome at work, that our people were expendable, and that we only cared about winning.

Later I learned that the penguin and elephant story was a popular one back in the day – and interestingly, most companies that weaved it into the fabric of their culture went bankrupt or got acquired.

Why stories are such a powerful culture-shaping tool

Storytelling has been a fundamental part of the human experience since the dawn of humanity. From early Homo Sapiens, stories have been one of the most reliable survival mechanisms we’ve ever had.

The reason is simple: stories allow us to understand our world, ourselves, and each other. They help us figure out and convey what it takes to belong and to survive around here.

And at its most fundamental level, culture is simply a collection of stories people tell about what it takes to belong and be successful around here. And sometimes, these stories stand in the way of culture change. 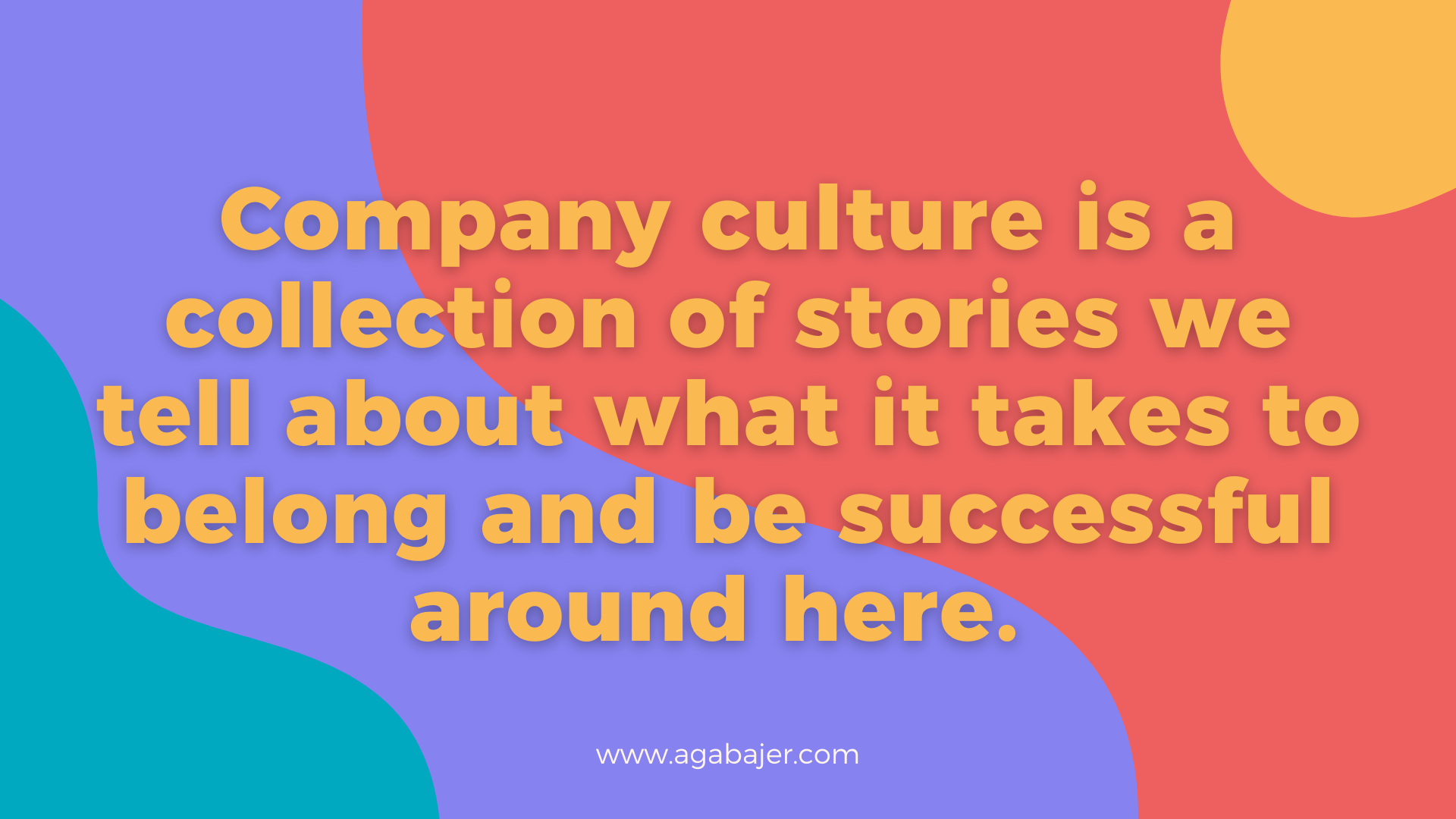 Here’s an example: Recently, a CultureBrained Community member shared that the most significant barrier to embracing and learning from customer feedback in her organization.

It was a story.

A story that got repeated ​​over and over again by thousands of people until it turned into a deeply rooted narrative around what it means to be a high-performing organization and why it was important to “never” make a mistake. Consequently, people felt that to document, acknowledge, and act on negative customer feedback would be to admit that they are no longer high-performers. For the culture to change, that story needed to change first.

Surprisingly, it’s not the lack of material that stands in the way of unleashing the power of stories that can drive cultural evolution. Most organizations already have stories of early adopters who have been doing the right thing for a while with great results. There is always this one person who listens to customer feedback, goes out of their way to solve their problem, and turns frustration into relief, perhaps even customer delight. But it’s not enough to find these stories, though. We need to learn how to craft and communicate them in a way that connects with people’s minds and hearts and that propels them to action.

The difference between a good story and a great one

Let’s start with what differentiates great stories from merely good ones. As an author and master storyteller, Bernadette Jiwa said in a workshop I participated in a couple of years ago:

A great story invests people in the outcome.

A good story changes how we think.

A great story changes how we feel and what we do.

The three critical elements of all great stories

Every great story has three elements: a protagonist, a set of circumstances, and a challenge.

When you buy new glasses, they usually come with a hanky to wipe your lenses clean.

When you buy glasses from Warby Parker, your hanky will look like in the image below. 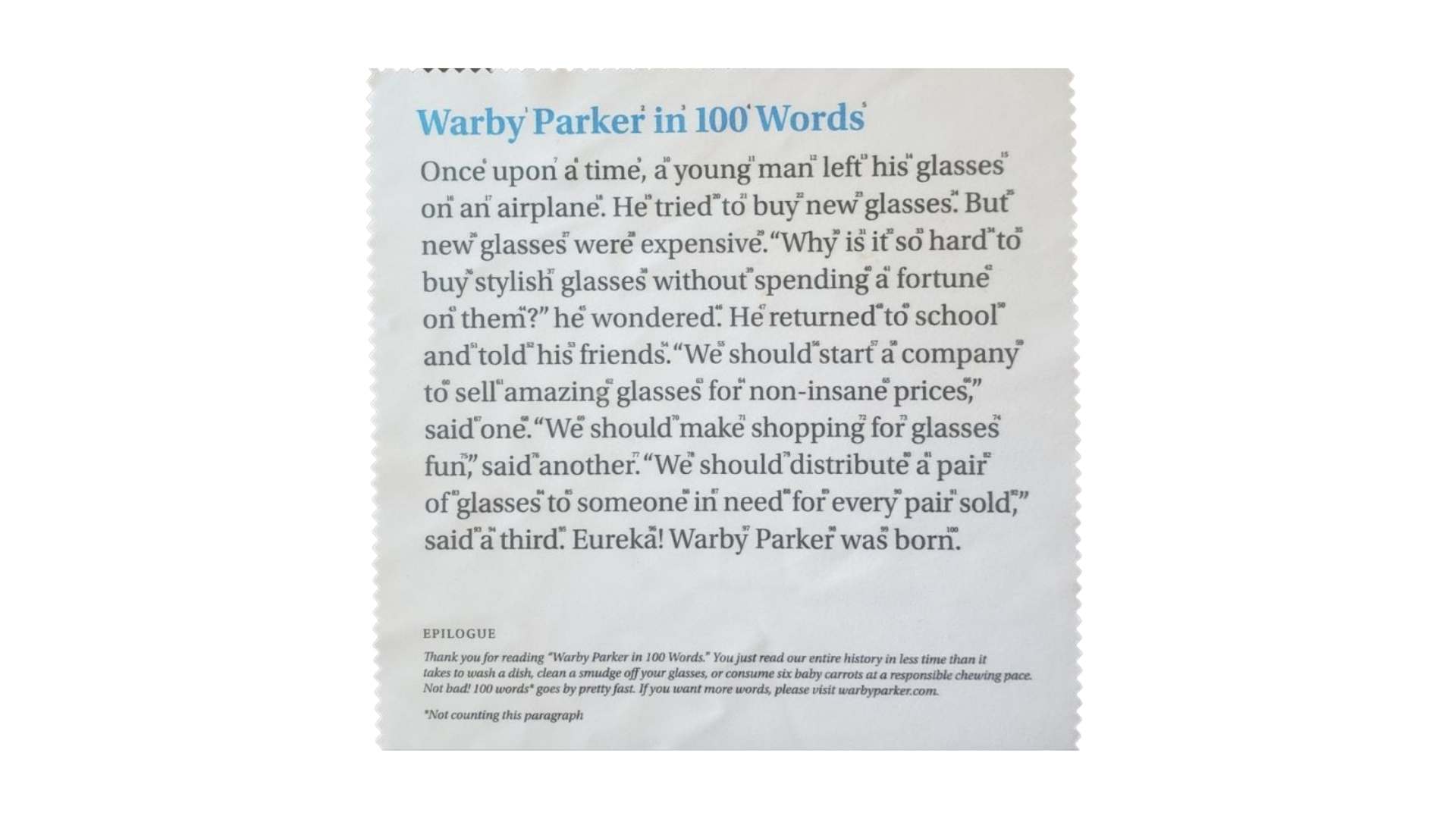 When crafting a story that can shape your culture, that’s the level of clarity you should be going for when it comes to these three elements. But if you want to craft a great story, you will also need to follow a specific structure.

The structure of a great story

Think about any great story you know, whether it’s Star Wars or Hunger Games. They tend to follow a similar pattern. There are five distinct stages almost every great story goes through:

This is the challenge that disrupts the status quo for the person the story is about. It’s usually an unexpected event that knocks the protagonist’s routine out of balance:

These are all inciting incidents. They get the story’s wheels in motion and put the hero on a path filled with trials and tribulations.

Here’s an example from the corporate world. 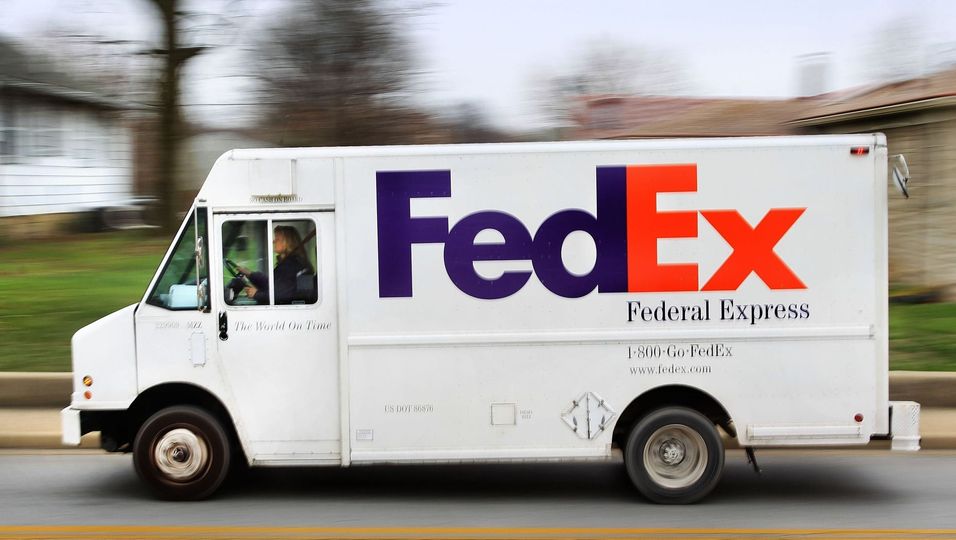 The early days of FedEx were really tough. The competition was intense, and managing working capital was a challenge. It was so tough that once the founder, Fred Smith, took the company’s last $5,000 to Vegas, gambled, and won enough to cover the bills worth $24,000.

Despite these struggles, Fred instructed his employees to provide the best possible service to their customers. They knew that every one of them was empowered enough to take decisions in the best interest of FedEx and its customers.

The inciting incident in the FedEx story

One morning, the FedEx office started getting distressed calls from a young woman who wanted her wedding dress delivered the following day from the east coast to the west coast. Every courier company she spoke to refused to promise the delivery within the required time.

The turning point is a moment when the protagonist realizes that the way they did things to tackle the challenge presented by the inciting incident will not work. They can’t continue doing what they’ve done so far. It’s time for a change, time to develop new strategies or habits.

An example of a turning point from the Wizard of Oz, is when Dorothy discovers that Oz is a fraud and she can no longer rely on him for help to get back home.

The turning point in the FedEx story

The employee who took the call investigated the possibilities of delivering the wedding dress to the bride on time. Unfortunately, things didn’t look good. Those were still the early days of FedEx, and no flight was planned on that day for the west coast. There were no third-party services to get the dress delivered overnight. The employee handling the case realized that she had no tried-and-tested options to work with to serve that client on what seemed to be one of the most important days of her life. If she wanted to deliver the package, she would have to do something differently. 👈 That right there was the turning point in the FedEx story.

3. The moment of truth

As a result of the turning point, the protagonist realizes they cannot have everything – and now, they are facing a dilemma. It’s a choice between incompatible options. And when the protagonist must choose one path, it forces them to reveal their true character and their core values. We learn about them by observing what they prioritize. The protagonist can say they value something, but the true test is whether they will stand by that value when they must pay the price. This is the moment of truth.

The moment of truth in the FedEx Story

The employee who talked to the soon-to-be bride was faced with a dilemma – do I tell her what our competitors have told her: that there is absolutely no way we can deliver the dress on time?

OR, do I throw money (that we don’t have) on the problem and make the impossible possible somehow?

She decides to press on and make the impossible possible.

This is the moment of truth where the real values and the character of the employee (and the company) are being revealed.

4. The core values in action

This is the moment of climax in every story. It shows the heroine’s actions following the decision she took in the previous stage. This allows us to see the impact of her decisions in the real world and is a hugely satisfying moment in all stories.

The core values in action in the FedEx story

After exploring her options, the employee charters a private plane to deliver the dress overnight to the west coast for the wedding. This is how FedEx value of flexibility and customer services comes to life in action. 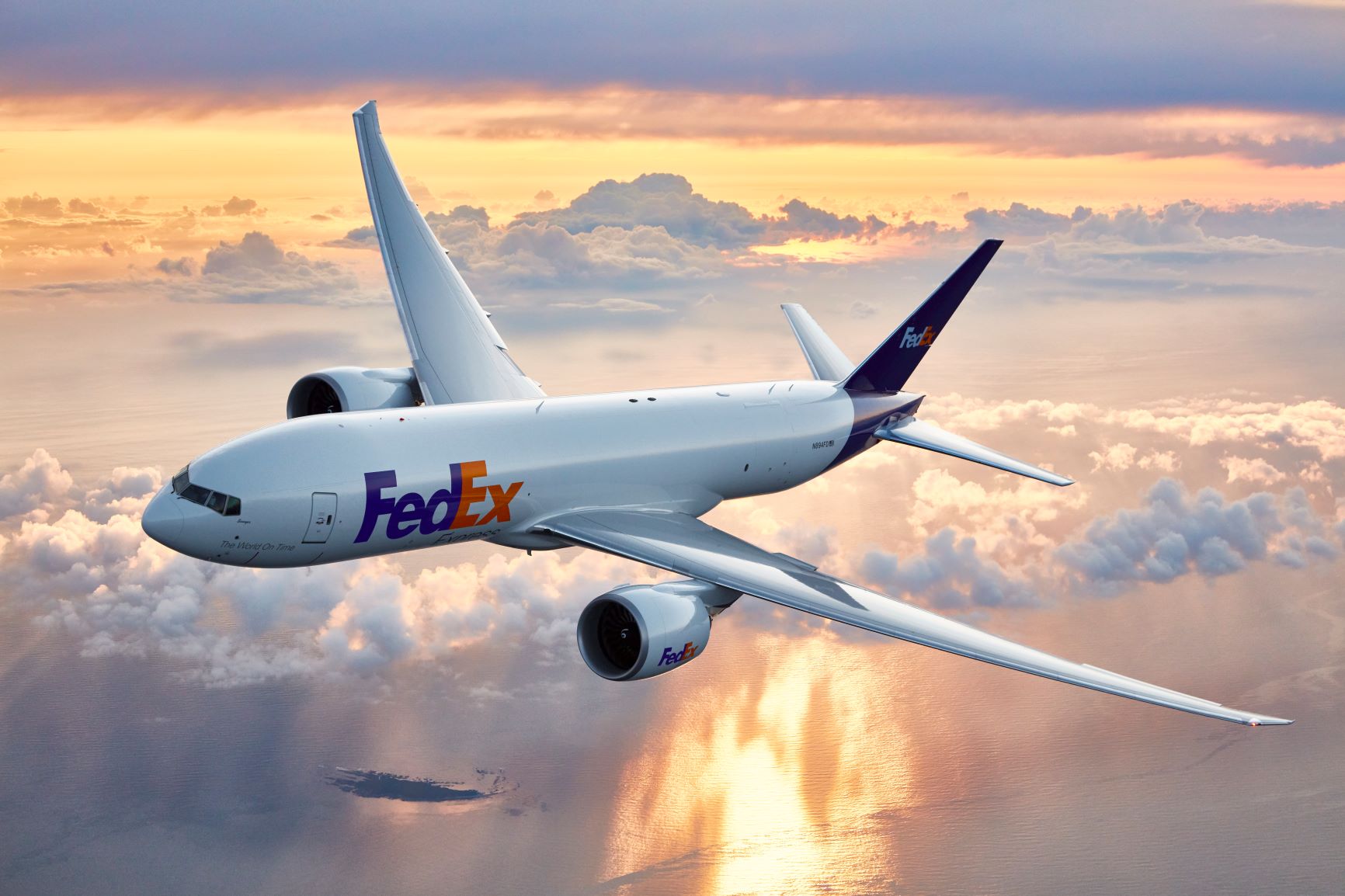 The resolution in the FedEx story

The bride gets the dress on time and has a beautiful wedding. The company receives incredible media coverage that does way more for their brand than a multi-million dollar ad campaign ever could. And finally, the employee? She gets promoted.

Following the five stages of storytelling will help you craft any story in a way that resonates with your people, engages their minds and hearts, and moves them to action.

As an extra tool, you can use a template to help you craft a story that has the power to drive a culture change in your company.

* The five stages of storytelling were adopted from Five Commandments of Storytelling by Danielle Kiowski.