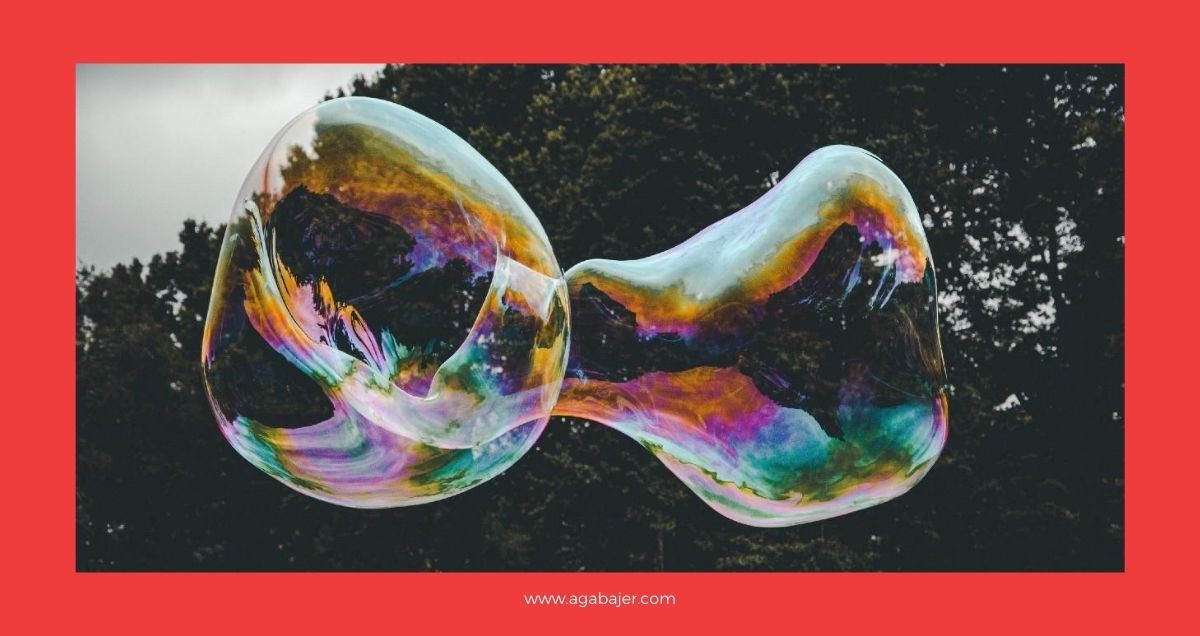 Before the cultural transformation of Microsoft, spearheaded by the current CEO, Satya Nadella, employees referred to the company campus in Redmond, Washington as “The Bubble.”

In their book, Stack Rank This. A Memoir of a Microsoft Couple, two ex-employees said:

“If you are in The Bubble, it just becomes easier, more convenient to be around others in The Bubble. Everyone works crazy hours and has a manger that yells at them thinks that this is normal.”

That’s what people’s experience had been at Microsoft back in 2000s.

Competing with your colleagues instead of other companies? After a while, it started feeling normal. Playing it safe? Normal. The bureaucracy that slows everything down? Normal. Having a free pass if you can prove to be the smartest person in the room? Normal.

The result? Ten lost years when Microsoft repeatedly missed opportunities to capitalize on disruptive innovations. Music, search, and social networking were all areas where Microsoft tried — and failed — to succeed, losing to Apple, Google, and Facebook.

Why was Microsoft putting up with a culture that was clearly working against the company’s best interest? Why was it so difficult to connect the dots and realize that unless the company’s culture changes, it will never get a second chance at being a leader in its industry?

What stalled Microsoft’s progress and blurred its vision was a culture bubble.

So, what is a culture bubble?

The longer people belong to a team, the more susceptible they are to getting trapped inside what I call a “culture bubble.”

A culture bubble normalizes both the good and the bad in your company culture. It creeps up on people, little by little until they are entirely enveloped in it. It doesn’t make people blind — not entirely — but it does alter their perception.

Suddenly, their judgment ceases to be as sharp; their assumptions change; they stop asking questions.

People gradually become oblivious to the culture that surrounds them. They downplay its strengths and tolerate dysfunctional, outdated, or unhelpful norms, behaviors, and practices.

In 2005, during a commencement speech to the graduating class at Kenyon College, David Foster Wallace shared a story that perfectly illustrates the challenges of being trapped in a culture bubble:

Culture is the water you swim in every day. Invisible in plain sight. So ubiquitous that you fail to notice it exists.

What makes a culture bubble so strong is a convergence of three factors: unwritten rules, shared beliefs, and habituation.

A story inspired by an experiment carried out in the 1960s perfectly illustrates how unwritten rules form and how they drive behaviors within a culture bubble:

Researchers placed five rhesus monkeys in a cage with a few bananas hanging from the ceiling. There was a ladder conveniently placed underneath. Whenever one of the monkeys attempted to climb the ladder, all the monkeys in the cage got sprayed with ice-cold water.

Rhesus monkeys are smart; they got the message fast — reaching for the bananas was a terrible idea. Soon, it wasn’t even necessary to use the ice-cold water — they knew better than go anywhere near the ladder. At that stage, the researchers stopped spraying and started replacing the monkeys with new ones.

Not being aware of the ice-cold water treatment, each new monkey would do what any normal monkey would — it made a beeline for the ladder to grab some bananas! Within a second, the other monkeys would viciously attack it and continue the bashing until the new guy stopped trying.

It’s funny how unwritten rules work. We never formally agree on them.

Instead, unwritten rules emerge when we face a problem together (like getting sprayed with ice-cold water) and find a solution that gets the job done (avoiding the ladder). We form an unwritten agreement, expecting that everyone will comply.

We might have supercomputers in our pockets, drive electric cars, and drink vanilla lattes, but when it comes to a culture bubble, we are as likely to get trapped in it as our distant cousins, the Rhesus monkeys.

The fascinating paradox is that the unwritten rules become even more powerful when the reason they came into being in the first place is no longer valid. Without hard evidence that what we are doing makes logical sense, we are forced to make things up. Our brains trick us into believing something that justifies our behavior, and these beliefs, in turn, become a powerful force that drives our actions.

Consider one of your beliefs for a moment. Perhaps you think that all animals deserve to be treated with compassion and respect. Or that all the prizes for participation are lame and devalue real awards. Choose a belief you feel passionate about. Now, imagine that someone forces you to act against it.

How does it feel?

For most people, just imagining this situation makes them queasy. It’s because our beliefs are deeply intertwined with our emotions, our sense of identity, and meaning. Once we form a belief, we adhere to it and when it’s threatened, we feel compelled to stand up for it.

Shared beliefs wield even more power than personal ones. Recent findings from researchers at UC Berkeley shed some light on why the executives in Volkswagen felt compelled to be a part of a conspiracy to evade clean air regulations or why some people still deny climate change. The study found that we tend to stick to our beliefs when they are shared and reinforced by others.

It’s our peers’ feedback, not hard evidence, that boosts our sense of certainty when we are trying to tell right from wrong. When faced with the decision on whether it’s ok to voice their concerns about the new sales strategy during a meeting, people on your team will look to their teammates for clues on what’s the acceptable way to behave. If no one speaks up, the chances are that they won’t either — and you will never get their valuable input.

Habituation happens when you grow accustomed to stimuli that occur repeatedly. That loud fridge in your hotel room? Initially, it drives you crazy, but after a while — you stop noticing the hum; it’s just white noise that recedes into the sphere of normalcy. People always being late for meetings? Infuriating — at first. But now seems so normal that you are not bothered any more. In fact, you’re never on time these days either.

Habituation has nothing to do with our approval or common sense. We become habituated to certain ways of feeling, thinking, and behaving in groups not because they are good for us or the team — not even because they make logical sense. We become habituated because it’s “the way we do things around here” — and the way we do things around here is so prevalent that after a while, we stop noticing it.

If you could travel in time and step into a doctor’s office in the 1950s, you’d be surprised by something people hardly noticed back then: a dense cloud of cigarette smoke. Smoking was not only acceptable; it was fashionable. You’d be hard-pressed to find a movie star who wasn’t sporting a cigarette. Doctors not only approved, they often actively promoted cigarette brands.

Today, a doctor’s office filled with cigarette smoke would shock you. But your reaction would have little to do with scientific findings on the harmful effects of cigarettes. You’d be shocked because you are not accustomed to seeing your doctor puff away at a cigarette while she examines her patients.

“Your assumptions are your windows on the world. Scrub them off every once in a while, or the light won’t come in.” — Alan Alda

The important question to ask here is not whether you and your team have your own culture bubble. You probably do.

The question worth asking is: How small and rigid is yours? Do you have enough wiggle room to stretch, reexamine and reevaluate what you’ve come to take as gospel? Are you willing to scrub off some of these old assumptions that obscure your view? And, most important of all: how will you make your culture bubble permeable so that you can get rid of any toxic residue and allow new, fresh air to come in?

Originally published on The Startup