COMMUNITIES AT WORK with Gina Bianchini 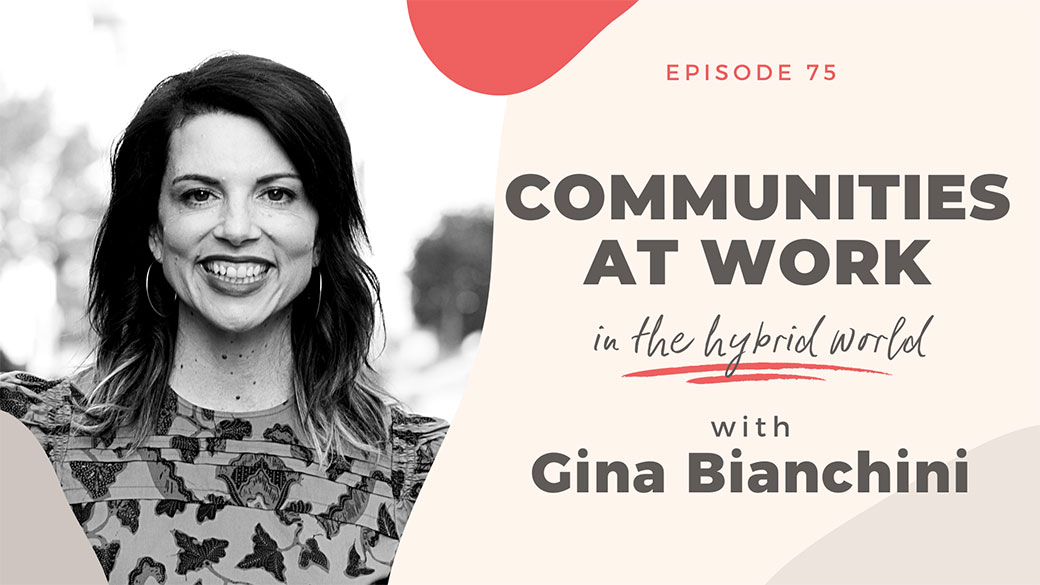 Community and social belonging are fundamental human needs, hardwired into our DNA. If we want to figure out a better future of work, we need to figure out how to instill belonging in our companies.

That’s one of the reasons I invited a serial entrepreneur, Gina Bianchini to join me on the CultureLab podcast. Gina is the founder and CEO of Mighty Networks, the company that powers our awesome CultureBrained Community. Gina has had a front-row seat to what makes communities succeed and others fail for more than a decade and it turns out that these principles could work equally well for your business.

Here’s what Gina found successful communities have in common:

1. The joy, purpose and energy of:

2. The safety to be vulnerable, face challenges, and find solutions together.

Here are some more highlights from this conversation:

Gina Bianchini is the CEO & founder of Mighty Networks, where creators and brands start and grow communities they own. Mighty Networks is unlocking the creator middle class through the power of community.

Before Mighty Networks, Gina was the first entrepreneur-in-residence at Andreessen Horowitz. Prior to A16Z, she was the CEO and co-founder of Ning, a pioneering global platform for creating niche social networks she started with Marc Andreessen in 2004. Under her leadership, Ning grew to ~100 million active users across 300,000 social networks led by brands and creators across subcultures, professional networks, entertainment, politics, and education. The company was sold for $150M in 2011.

In addition to Mighty Networks, Gina serves as a board director of TEGNA (NYSE: TGNA), a $4.0 billion dollar broadcast and digital media company, and served as a board director of Scripps Networks (NASDAQ: SNI), a $14.6 billion dollar public company owner of HGTV, The Food Network, and The Travel Channel purchased by Discovery Communications in 2018.

Gina and Mighty Networks have been featured in Wall Street Journal, Fast Company, Wired, Vanity Fair, Bloomberg, and The New York Times. She has appeared on Charlie Rose, CNBC, and CNN. She grew up in Cupertino, California, graduated with honors from Stanford University, started her career in the nascent High Technology Group at Goldman, Sachs & Co., and received her M.B.A from Stanford Business School.

The Power of Moments by Chip Heath