GETTING RID OF MANAGERS with Brian Robertson 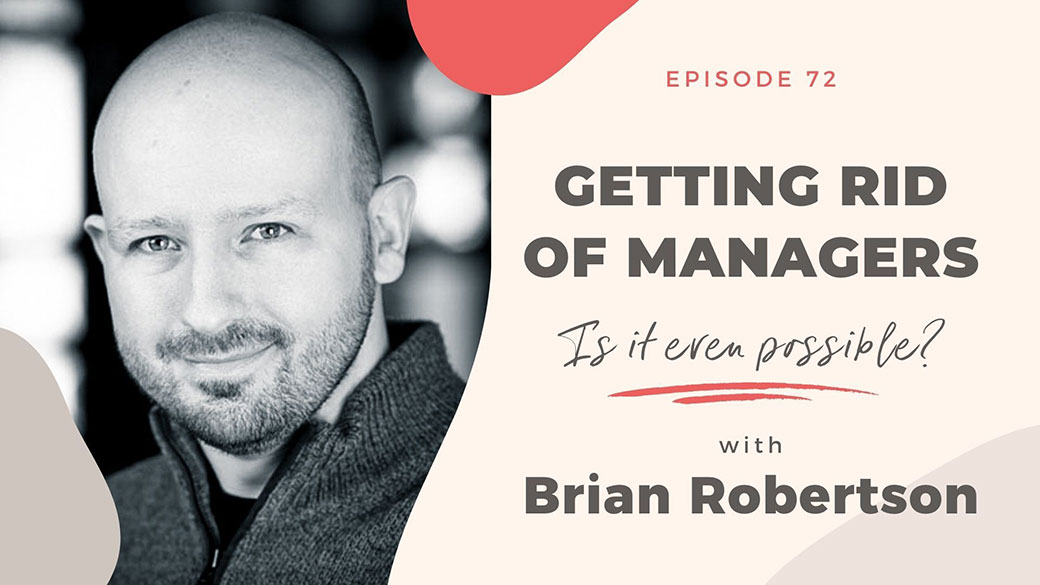 According to the new Korn Ferry survey, not only did 82% of employees say they plan to quit their job over the next six months, but 31% of them say they’d quit even if they didn’t have another job lined up.

So why are so many people ready to leave their jobs now?

The survey sheds some light on the reasons:

It looks like companies finally need to face the music – people are done with toxic cultures. They are done with bureaucracy, friction, drama, and burnout. They want more flexibility, more fun, meaning, and belonging at work.

So, where do we start fixing this mess?

Well, someone said once:

So here is a radical idea:

What if we got rid of managers altogether?

In 2007, my guest on this episode of the Culture Lab podcast, Brian Robertson had a burning sense that this actually wasn’t as crazy as it sounds.

And he started experimenting with what is now known today as holacracy – a practice that promises to transform outdated command hierarchies into agile, self-organizing networks. He soon found that:

Here are a few things that scare the daylights out of some people and get others all juiced up about holacracy:

And, even if your company is not going to transition to holacracy any time soon, there are many practices there that you can still implement in a traditional organization. It’s definitely worth trying because, as Brian notes:

Here are a few topics that we discuss in this conversation:

Brian Robertson is the world’s foremost expert on Holacracy, a revolutionary framework for self-managing organizations. After years as CEO of an award-winning software company, he co-founded HolacracyOne to share this innovative method with other organizations. The Holacracy framework integrates the collective wisdom of individuals throughout an organization and offers a toolset for each person to enact meaningful change at any level of work. The result is increased transparency, greater accountability, constant innovation, and agility across the company. Holacracy is used by over 1000 companies today – in healthcare, insurance, banking, retail, technology, nonprofit, and government sectors and in places as diverse as Dubai, Shanghai, Amsterdam, London, Berlin, New York, Bangalore, Las Vegas, and rural Africa. Brian is thrilled to see this method take root and grow with such force.

Brian is the author of the book Holacracy: The New Management System for a Rapidly Changing World. He speaks at conferences, holds trainings, and consults for organizations across the globe.