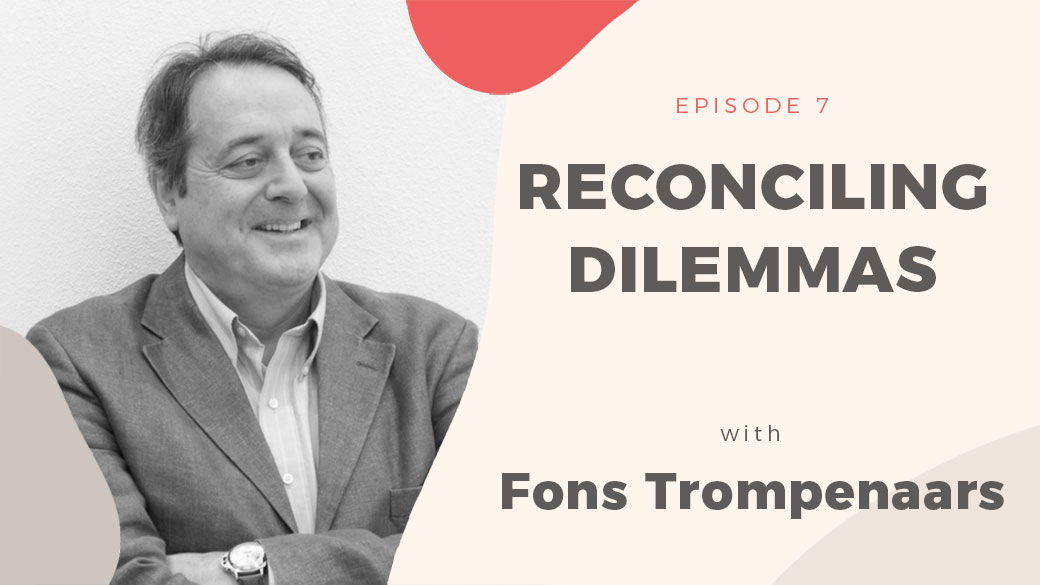 Fons Trompenaars has been named as one of the 50 most influential management thinkers alive.

He’s recognised as one of the world’s most sought-after culture gurus and his book “Riding the Waves of Culture, Understanding Cultural Diversity in Business” is one of the most popular books on culture.

Listen to the interview on: 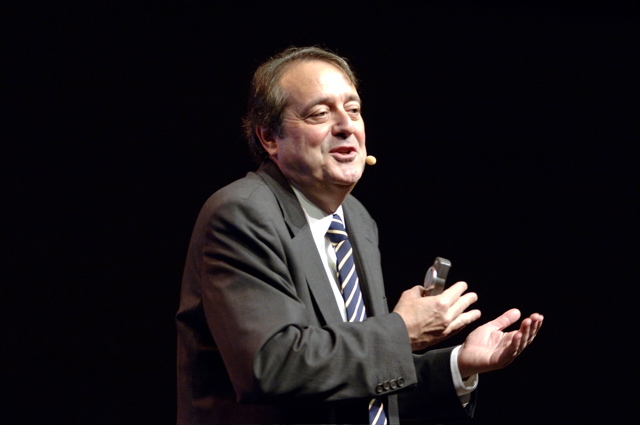 Fons was brought up in a French-Dutch family.

And it was this very dynamic of his family life that had given him an early understanding of how powerful culture could be.

Looking back at his upbringing, he said:

You create an identity based on the differences. And that his a fun feeling. It’s not a compromise.

It seems like this early realisation has informed his later work, and particularly his focus on dilemmas.

It’s not about culture, it’s about the business

The biggest problems occur when organisations see business issues as separate from culture and vice-versa. Fons suggests that every conversation about culture and every initiative to shape culture should always start with the issue at stake. We first need to ask:

Imagine that you are in a car, driven by a close friend of yours. She’s speeding, going 50 mph in an area where the limit is just 30 mph. And suddenly she hits a pedestrian. After the incident, your friend’s lawyer reassures you: “There were no other witnesses – if you swear under oath, your friend will be free.”

1. What right does your friend have to expect you to lie to protect them?

a) definite right
b) some right
c) no right

Just take a minute to answer these questions before you read on.

What you’ve just experienced is a dilemma.

While a problem is something that can be easily solved if we have enough resources (such as money or time), a dilemma is much trickier.

This is how Fons defines a dilemma:

A dilemma is having two things that are important to us and feeling like we have to sacrifice one over the other.

In this case, the two things are friendship and truth.

The way we tend to resolve the dilemmas in our lives is often driven by our national culture.

Fons’ research indicates that the majority of Italians or Chinese would decide to help their friend, Germans would opt for being truthful, whereas the Americans…would say the truth – but promise to visit their friend in jail!

Company culture is the end result of conflicting values, where one value dominates its opposite - often at a cost of performance”.

A few examples of such conflicting values are:

It turns out, however, that it’s not an “either, or” proposition. We’ve been asking the wrong questions all along.

Fons suggests approaching the issue of conflicting values differently. He offers a point of view which starts with the question:

What if our assumption that we have to chose is wrong? What if we could reconcile, or even fuse the conflicting values instead?

Well, in the example of the car incident, the Japanese seemed to have the answer; they said they’d convince their friend to confess to exceeding the speed limit. And then they would be a witness in court and make their best to convince the judge to let their friend go with the lightest possible sentence.

But the really interesting thing about this approach is not just moving from “either friendship or truth” to “friendship and truth”.

What Fons suggests is replacing the word OR with THROUGH.

Becasuse the really important and powerful questions are:

So it’s no longer truth OR friendship, it’s truth THROUGH friendship and friendship THROUGH truth.

Companies such as Pepsi Co and CDPQ in Canada have started embracing this paradigm shift by experimenting with what we could call yin and yang values. Why? Because they come in pairs: 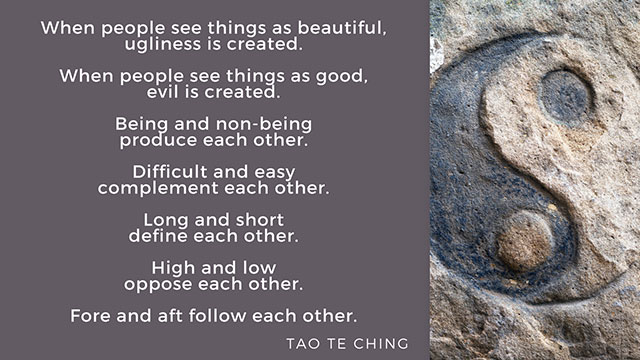 A new approach to shaping culture

There are clearly many problems with the traditional approach to shaping culture. One of the big ones is that it implies that the current culture is somehow faulty and that it needs to be “fixed”. The issues is that noone likes to be seen as “damaged goods”. even inanimate systems such as culture resist being perceived as “lacking” and in a need of fixing.

So, what’s the alternative?

How about ENRICHING THE CURRENT CULTURE BY RECONCILING ITS DILEMMAS?

I love the word “enrich” and what it implies and I truly belieev that if offers another important paradigm shift that will help organisations be more successful in bringing their vision to life.

And what are your thoughts on this?

Check out books and other resources mentioned on the podcast:

Edger H. Schein, Humble Inquiry: The Gentle Art of Asking Instead of Telling

Charles Hampden-Turner, Maps of the Mind: Charts and Concepts of the Mind and its Labyrinths

The Culture for Business App is a free app based on Fons Trompenaars’ Seven Dimension of Culture model, and is supported by data on the cultures of over 140 countries.
It provides you with a better understanding of and detailed information on the differences across national cultures. It givess business travellers, international managers or anyone who is interested in understanding other cultures with specific tips for meetings, management and negotiations.