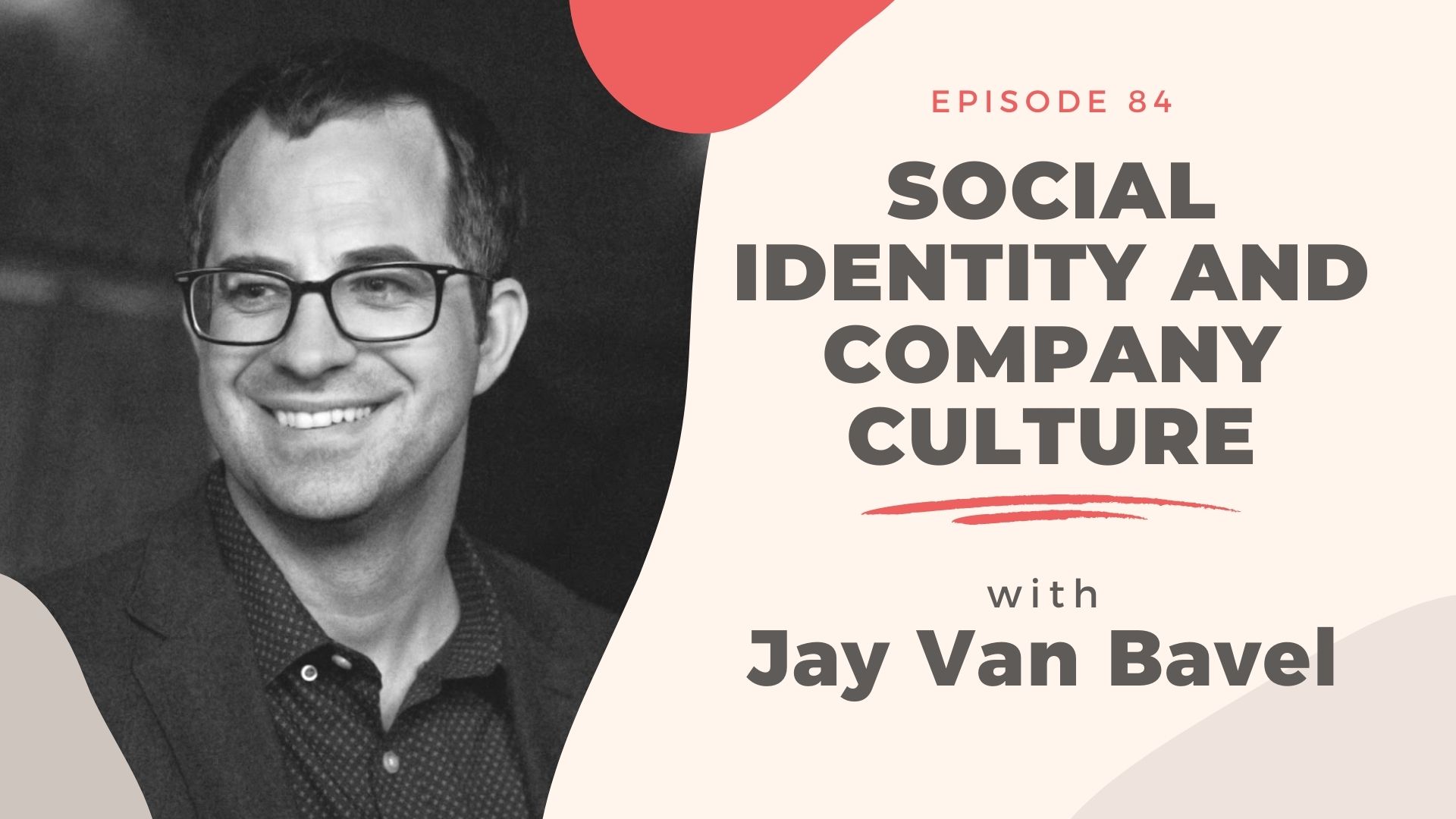 Meet Jay Van Bavel, the author of The Power of Us which was one of my top picks for CultureBrained Leaders in 2021.

Jay is an Associate Professor of Psychology and Neural Science at New York University. From neurons to social networks, Jay’s research investigates the psychology and neuroscience of implicit bias, group identity, team performance, decision-making, and public health. He studies these issues using a combination of neuroimaging, lesion patients, social cognitive tasks, economic tasks, cross-cultural surveys, and computational social science. I love his work because he manages to make psychology and neuroscience accessible, fun, and applicable in how we run our organizations.

Jay lives in New York City with his family and pet hamster, Sunny, and he once taught a class while trapped in an elevator with his son and daughter.

In this conversation, we talk about how we can put the science of social identity into practice so that we can increase performance, improve company culture and create more of a sense of belonging for our people.

Here are some of the highlights from my conversation with Jay:

Jay Van Bavel is an Associate Professor of Psychology & Neural Science at New York University, an affiliate at the Stern School of Business in Management and Organizations, and Director of the Social Identity & Morality Lab. He is the co-author of “The Power of Us: Harnessing Our Shared Identities to Improve Performance, Increase Cooperation, and Promote Social Harmony”. Prior to joining NYU, Jay completed his PhD at the University of Toronto and a Postdoctoral Fellowship at The Ohio State University.

Jay has published over 100 academic publications and co-authors a mentoring column, called Letters to Young Scientists, for Science Magazine. He has written about his research for the New York Times, BBC, Scientific American, Wall Street Journal, LA Times, and the Washington Post, and his work has appeared in academic papers as well as in the US Supreme Court and Senate. His research was also featured in TEDx and TED-Ed videos and he has consulted with the White House, United Nations, European Union, and World Health Organization on issues related to his research.

Jay has given talks at dozens of the Psychology Departments and Business Schools, as well as academic conferences, professional events, and non-academic organizations (including the World Science Festival). He received the NYU Golden Dozen Teaching Award for teaching courses on Social Psychology, Social Neuroscience, Attitudes and Evaluation, Intergroup Relations, Group Identity, Moral Psychology, Professional Development, and Introduction to Psychology. His research has received several awards, including the Young Investigator Award for distinguished contributions in social neuroscience from the Society for Social Neuroscience, the Young Scholars Award for outstanding achievements in social and personality psychology from the Foundation for Personality and Social Psychology, the Janet T. Spence Award for Transformative Early Career Contributions from the Association for Psychological Science, the F.J. McGuigan Early Career Investigator Prize from the American Psychological Foundation, the Gordon Allport Intergroup Relations Prize and the SPSP Wegner Theoretical Innovation Prize.

Books and Other Resources Mentioned in this Episode

(Click on the resource below to go to the relevant webpage.)

How to Change by Katy Milkman

The Power of Us by Jay Van Bavel and Dominic Packer