The 4 Deadly Sins of Work Culture with Adam Grant – WorkLife 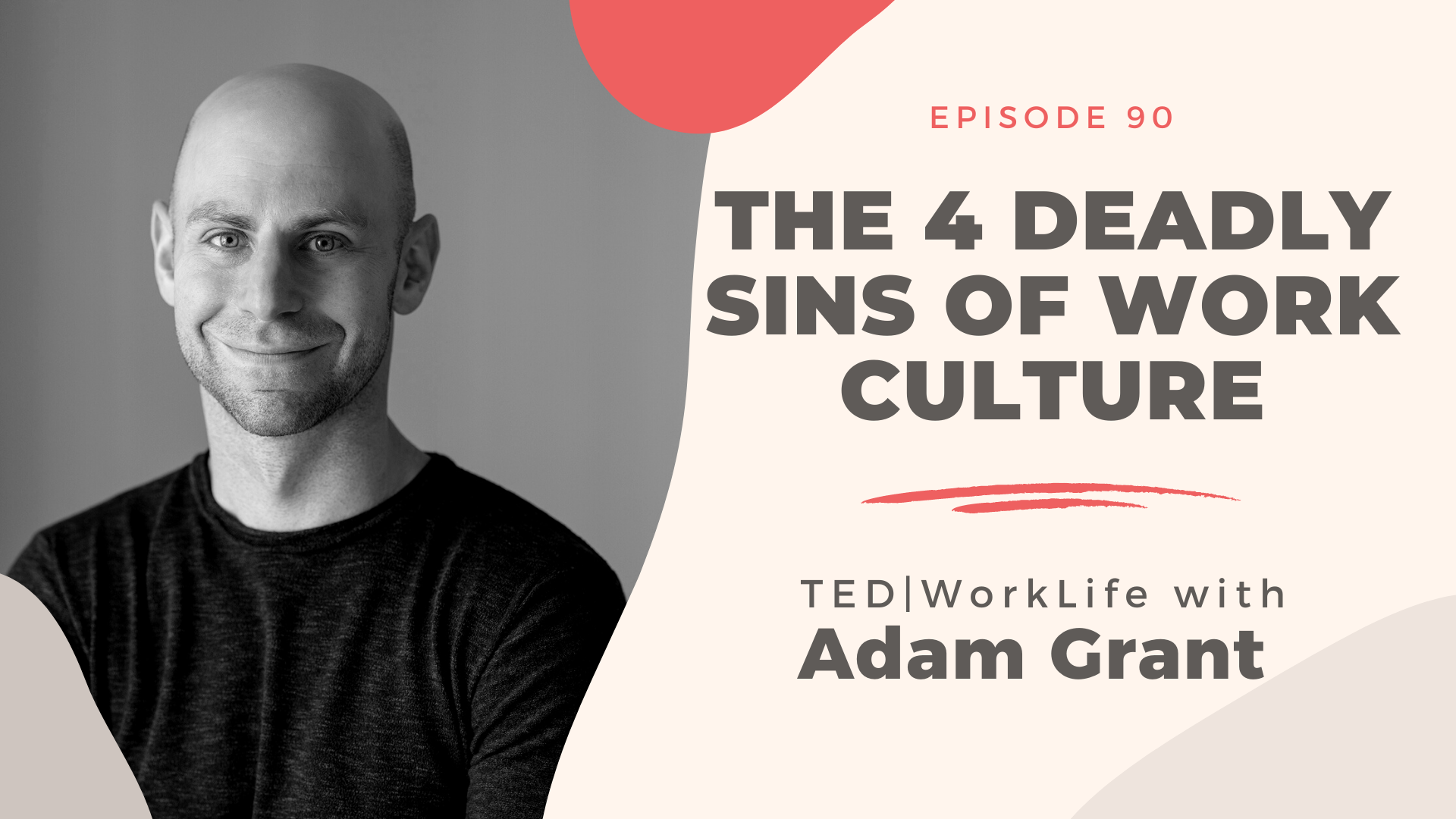 How do you avoid joining a company with a toxic culture—or build a healthy one when you are already a part of the organization? These are just a couple of questions addressed in this episode of Adam Grant’s WorkLife that we are grilled to bring you as part of our new collab with TED Audio Collective.

In this episode, Adam Grant explores how to recognize the four deadly sins of work culture when you’re on the outside looking in, and shares strategies that can help shape a thriving workplace from the inside.

As an organizational psychologist, Adam Grant rethinks how people lead, work and live. His pioneering research has inspired people to question assumptions about motivation, generosity and creativity.

He has been the Wharton School’s top-rated professor for seven straight years, his number one New York Times bestselling books have sold millions of copies, his TED talks have more than 25 million views and his podcast, WorkLife with Adam Grant, has topped charts.

He has been recognized by Forbes as one of “The World’s Ten Most Influential Business Thinkers,” highlighted as a Fortune “40 Under 40” and received distinguished scientific achievement awards from the American Psychological Association and the National Science Foundation.

Grant received his BA from Harvard University and his PhD from the University of Michigan. He is a former magician and junior Olympic springboard diver. He lives in Philadelphia with his wife and their three children.

For the full transcript of this episode, click HERE.