THE CULTURE PLAYBOOK with Daniel Coyle 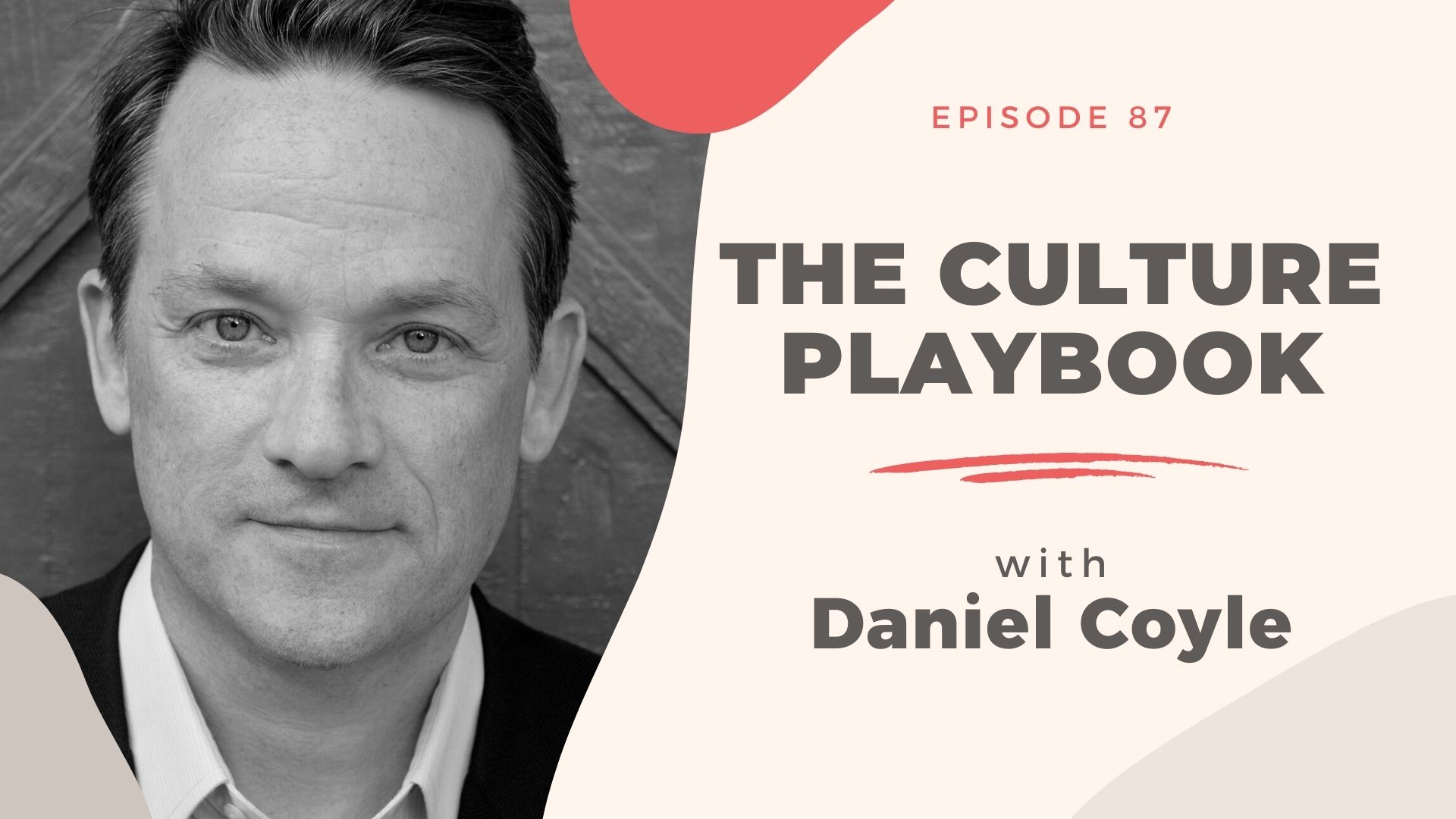 What on Earth is frontalis? And why is it the most important part of human anatomy when it comes to forging authentic connections in the remote work environment? How can a corny catchphrase help a team accomplish more? What’s a better alternative to brutal honesty when we want to speak the truth at work? What can leaders learn from Ukraine’s Volodymyr Zelenskyy? And how can we harness the power of deep fun to improve our workplaces?

These are just some of the topics we discuss with Dan Coyle, the New York Times bestselling author of The Culture Code which was named Best Business Book of the Year by Bloomberg, BookPal, and Business Insider.

Dan’s upcoming title, The Culture Playbook, is a much anticipated, hyper-practical workbook that guides its readers on how to put theory into practice and create a thriving culture. It’s full of reflections, exercises, and practical tips that will prove invaluable to leaders who care about people as much as they care about results.

In this interview, Daniel and I discuss:

Daniel Coyle has served as an advisor to many high-performing organizations, including the Navy SEALs, Microsoft, Google, and the Cleveland Guardians. His other books include The Talent Code, The Secret Race, The Little Book of Talent, and Hardball: A Season in the Projects, which was made into a movie starring Keanu Reeves.

Dan was raised in Anchorage, Alaska, and now lives in Cleveland Heights, Ohio, during the school year and in Homer, Alaska, during the summer with his wife Jenny, and their four children.

Books Mentioned in this Episode

The Culture Code by Daniel Coyle

The Culture Playbook by Daniel Coyle

The Lion Tracker’s Guide To Life by Boyd Varty