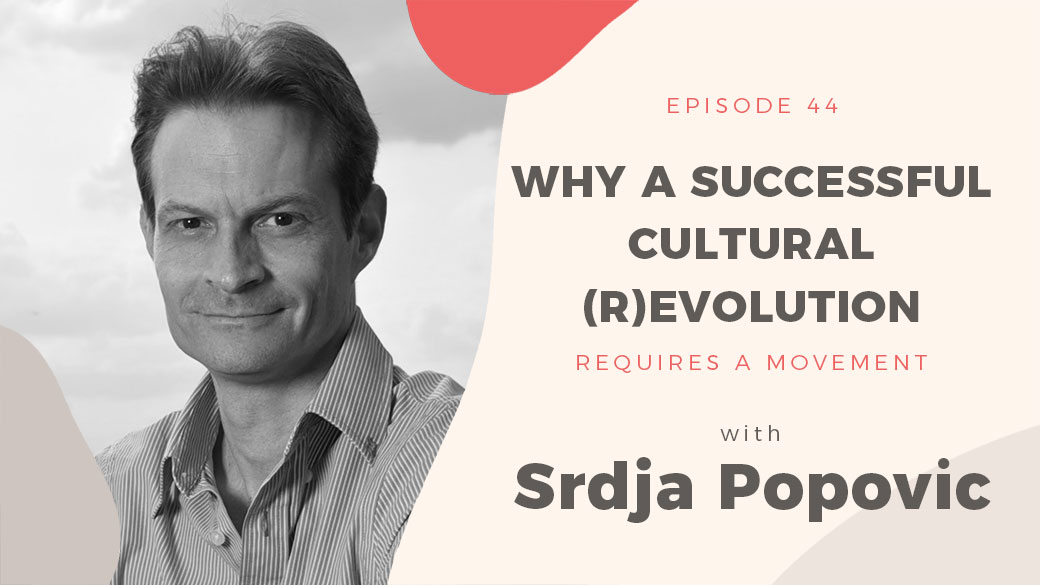 Meet Srdja Popovic, an activist who formed the Otpor! movement in 1998 to overthrow Slobodan Milosevic.

Born and raised in Belgrade, Serbia during times that he describes as culturally schizophrenic, economically devastating, and historically confusing, Srdja initially didn’t see himself as a change agent.

A bass player in a band, Srdja just wanted to play music and have fun. Like most of his friends, he despised the security police, the terror, and the repression, but he didn’t believe anything could be done about it. That is, until he and his friends realized that activism could be…cool and that it was, in fact, possible to mobilize people to resist Milosevic regime.

Today, Srdja is the Executive Director of The Centre for Applied Nonviolent Action and Strategies or CANVAS, a Belgrade-based NGO he founded with a handful of other Otpor! members in 2003. He has now advised and trained pro-democracy activists in more than 50 countries, including India, Iran, Zimbabwe, Burma, Ukraine, Georgia, Palestine, Belarus, Tunisia, and Egypt.

I really wanted to interview Srdja because the principles he developed are extremely relevant to creating change in organizations, especially in evolving organizational culture.

In this interview, Srdja and I discuss: 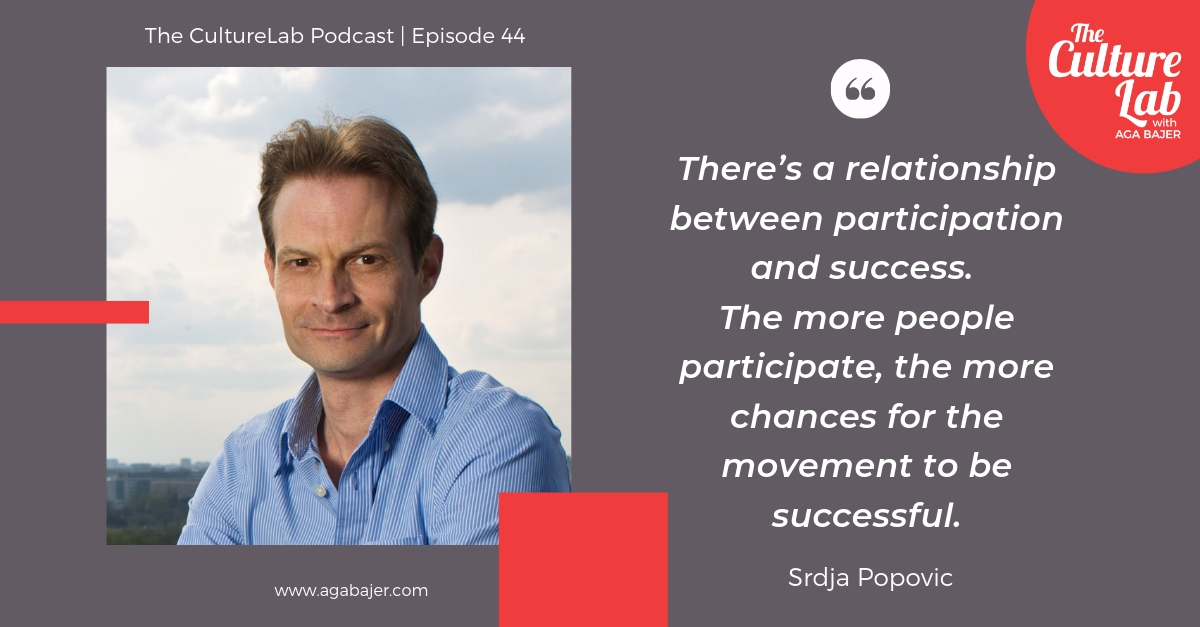 Srdja was born and raised in Belgrade, Serbia (then part of Yugoslavia). Popovic played the guitar in a rock band and graduated from the Faculty of Biology in Belgrade, holding a master’s degree in animal ecology. Since his early twenties, he has focused on activism, democracy, and human rights issues.

Apart from being nominated for the Nobel Peace Prize in 2012, Popovic was listed as one of the Top 100 Global Thinkers of 2011 by the Foreign Policy Magazine. And in 2014, he was listed as a Young Global Leader by the World Economic Forum in Davos. Popovic is also the author of the recent book Blueprint for Revolution: How to Use Rice Pudding, Lego Men, and Other Nonviolent Techniques to Galvanize Communities, Overthrow Dictators, or Simply Change the World.

Peter Gabriel playing Biko at a concert in Belgrade in 2013