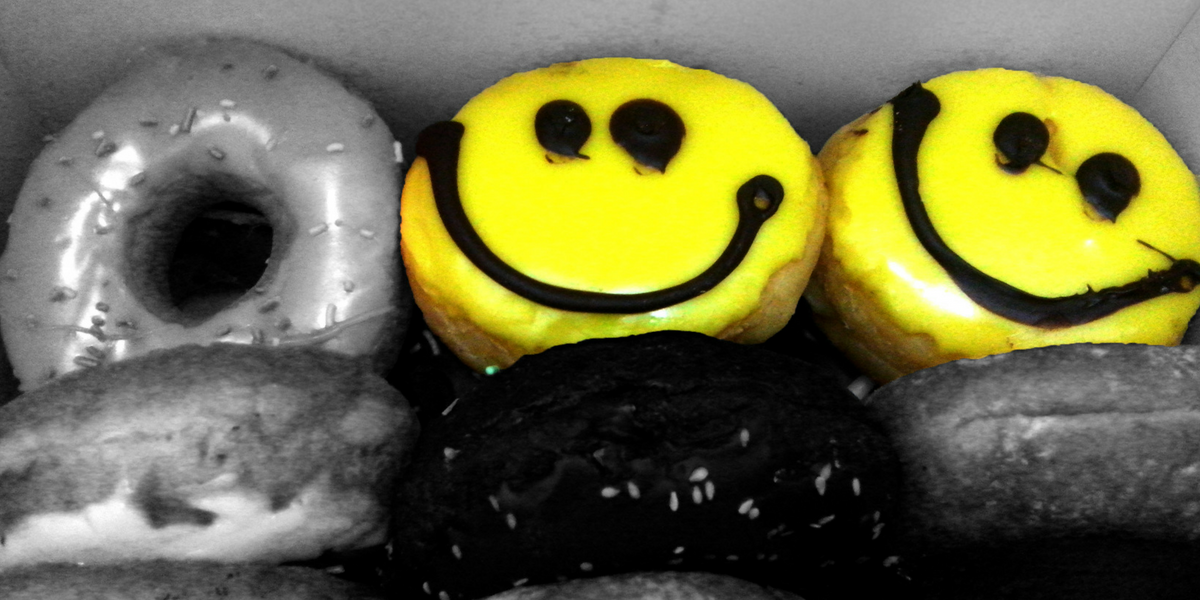 “How was your day today?”

It was my new Niko Niko* app. I downloaded it as part of my research. wanting to understand more about the experience of employees in companies that monitor their people’s emotional energy. 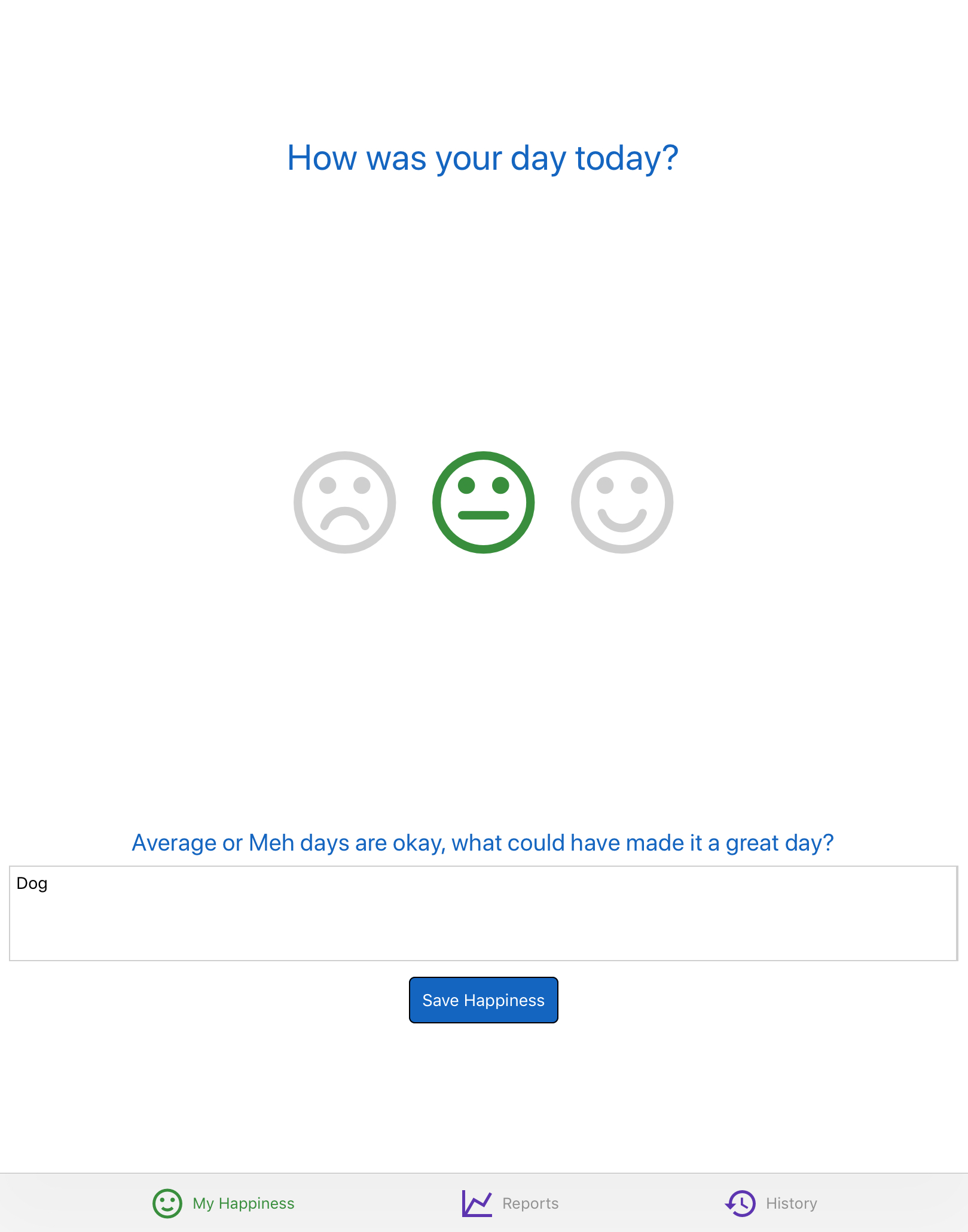 With Niko Niko, like with many similar apps, you have three choices: a smiley face, a meh face or a frowny face. I chose the meh face and got this in response: “Average or Meh days are ok, what could have made it a great day?” I sighed and typed: “A dog” and clicked the “save happiness” button.

The purpose of the Niko Niko app is to help people monitor their levels of emotional energy, reflect on what makes them ????????or ☹️ – and to learn from it. Organisations that use similar technologies, do it for the same reasons – they want to know what makes people feel energised and what sucks the life out of them.

But why would they care?

In her book, The Emotional Energy Factor, Mira Kirshenbaum, a psychotherapist, and researcher, writes:

Based on data from the National Institute of Health, one out of eight adults is in the low-energy state.

More often than ever in human history, people are feeling exhausted.

A surprising finding, based on Kirshenbaum’s research, was that physical energy can supply – at the most – 30 percent of one’s total energy. The remaining 70 percent comes from our emotions. Other studies support these findings.

“We need complete energy — an energetic mind and heart and soul in an energetic body”, Kirshenbaum concludes. “You’re not just a body. Emotional energy is not an adrenaline filled, run-around-like-a-nut kind of energy. It’s an aliveness of the mind, a happiness of the heart, and a spirit filled with hope.”

It turns out that emotions have a major impact on our performance on tasks, how committed and engaged we are, how easily we can access our creativity and be innovative. Positive emotions are consistently associated with better performance, while negative emotions frequently lead to very poor outcomes.

Ever noticed how some places feel incredibly upbeat and energising? And, on the flip-side, how other places make you want to run to the hills because of how depressing they are?

Emotional energy in a team or an organisation is usually so palpable because  of the phenomena called “emotional contagion.”

When people work in groups, they literally “infect” one another with their emotions. The more stable the group and the greater interdependencies between its members, the stronger the emotional contagion.

A team member’s anxiety can spread like a virus and impact productivity in the whole team. The good news is that happiness and other positive emotions are contagious too, and result in improved collaboration, satisfaction and performance. 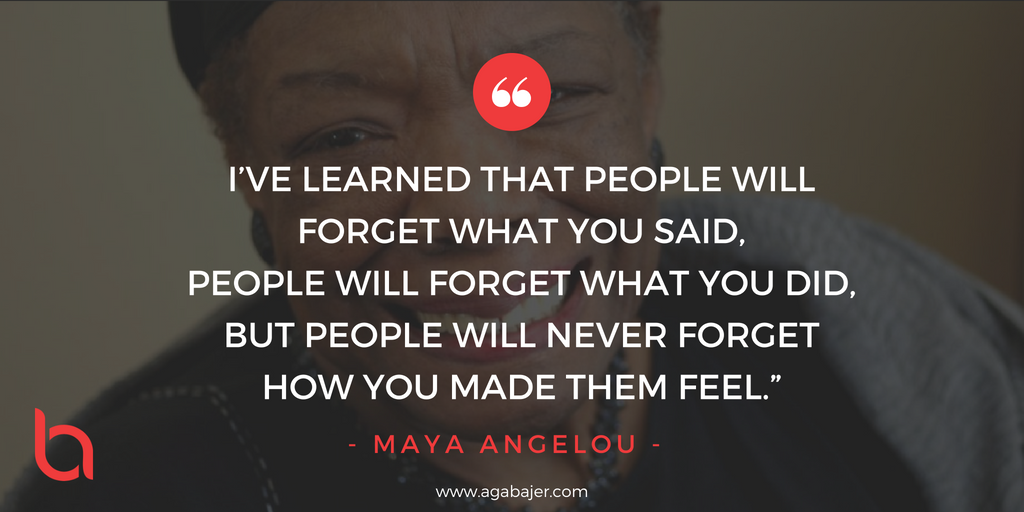 In the workplace, an important source (or drain) of emotional energy is what Sigal Barsade, a Professor of Management at Wharton and Olivia A. O’Neil, an Associate Professor At George Mason University refer to as “emotional culture.” They define it as “the shared affective values, norms, artefacts, and assumptions that govern which emotions people have and express at work and which ones they are better off suppressing.”

Barsade and O’Neil carried out extensive research into emotional culture and discovered that it influences employee satisfaction, burnout, teamwork, and even hard measures such as financial performance and absenteeism.

You cannot tell people how they should feel – and it’s impossible to influence emotional culture through a leadership mandate.

As Barsade and O’Neil discovered in their research, emotional culture is visible in the “micro-moments” of organisational life.

Small gestures and acts of kindness – for example, bringing a colleague a cup of coffee, have a much bigger impact on emotional culture than loud statements about kindness and compassion.

Another powerful conveyor of emotional culture is body language and facial expressions. If, as the team leader, you enter the office every day smiling and making eye contact while greeting everyone, you are making a powerful statement about the expected and desired emotional energy in the team.

When you enter the office like one of my previous bosses did, with his head hanging down, never greeting anyone and walking as fast as he could to the safety of his office, the message is loud and clear as well. We don’t care about being friendly and connecting with others – we want to be efficient and productive.

Designing the emotional culture in your team

I recently talked to the Chief Culture Officer at Destinations, Kip Lambert. He told me a story of how he and the company’s CEO sat down together one day and chatted about what makes the first day at work suck. They decided to fix it and turn it into one of the most memorable days in new joiners’ lives.

Kip went to the teams at Destinations and asked them to list all the weird, unpleasant or boring things that they experienced on their first day.

Each team was then given the task of redesigning the first day in such a way that all of the items on their list were replaced with experiences that generate positive emotions and make the first day impossible to forget. They had the creative freedom to design the day according to what made sense in their own reality.

Don’t be disingenuous, come up with something that’s real for you. What’s cheesy for one team might be totally fun for another.

As a result of this exercise, what most new joiners at Destinations experience is on the first day is a standing ovation – and it only gets better from there. You can learn more about how Kip and his team generate powerful emotional energy in destinations in my interview with Kip on the CultureLab podcast when it’s released this autumn.

There are more companies like Destinations, who have already jumped on the bandwagon of intentionally designing their team members’ experience to align it with their ideal emotional culture.

When I work with teams, we don’t stop at identifying core values and translating them into specific behaviours.

In fact, we don’t even start there. Instead, we first talk about the team’s key stakeholders, its purpose and mission and have a conversation about how the team members will need to FEEL in order to have the right ENERGY to accomplish their ambitious goals. (And a part of their goals should always be focused on how they want to make their clients and other stakeholders feel!)

Just like identifying core values, we identify the CORE FEELINGS.
Here are some of the key themes from the most recent workshops I facilitated with leadership teams, where members discussed how they want to feel:

A handy tool to use to facilitate this conversation is the Emotional Culture Deck, designed by Riders&Elephants. You can download your deck for free here.

When you know the core desired feelings that will generate the right kind of emotional energy for your team, you can start figuring out what will need to change in the way you work together to generate the desired feelings – just like Kip Lambert and his team decided to revamp their people’s first day, so that it contributed to the feelings of belonging, being valued, and having fun.

I asked Kip what he’d say to the sceptics who think it’s all way too “airy-fairy” to produce tangible results. Kip said he does all this simply because he believes it’s the right thing to do. But (not coincidentally, I think) Destinations had 153% revenue growth and their team doubled in size over the past 3 years.

If you want your team to achieve better results, you need to work on your team’s emotional energy and emotional culture. Here’s what you can do during your next team meeting:

During a follow-up meeting, you will spend some time discussing what might need to change to generate more of your team’s core feelings.

Did you like this blog? Share it with your network on social media and tag me to let me know what you think – or ask me any questions you have!