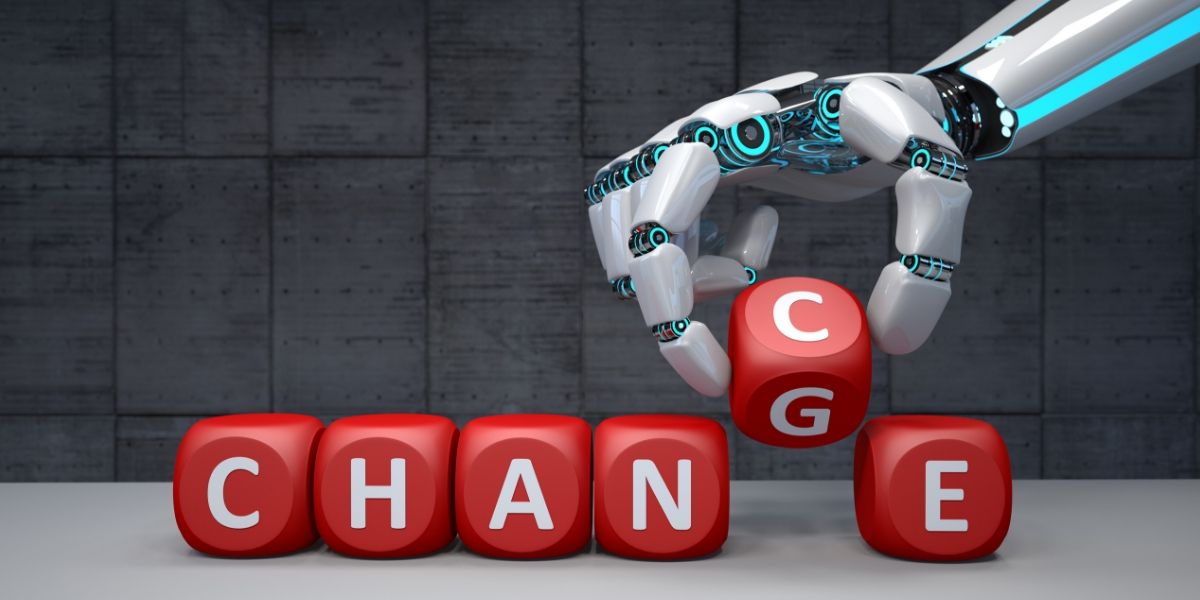 Culture is the Operating System Your Company Runs on – and it’s Time for an Update!

A graduate joining the workforce today will probably not retire until 2055, perhaps not even until 2060.

And it’s the first time in the modern era that we have absolutely no clue what her work life might look like by that time.

Futurists estimate that the next 20 years will bring more changes for humanity than the past 300 years.

Extrapolating the future from the present is no longer possible. We can’t rely on what we know and what we are used to.

Even today, we are already faced with technological and social developments that are forcing us to rethink, reimagine and redefine work:

HOW it gets done.

WHY we work in the first place.

And this is where we run across our biggest challenge:

Human beings are not great at rethinking, reimagining and redefining.

To make things worse, we are particularly bad at reimagining things that we’ve been doing a certain way for a long period of time.

We might be good at learning but we are certainly really bad at unlearning (and relearning).

Take the story of the automatic elevator. I first heard it from Thimon De Jong during our conversation on the CultureLab podcast.

Elevators were in use since the early 1880s. They required an operator who guided the cars to level stops by hand. The operators opened and closed the doors manually. And sometimes, they made mistakes. Those mistakes occasionally led to serious accidents.

This was not the image that the elevator industry was after.

So a group of engineers went to work on a better solution.

And sure enough, a marvellous feat of technology was presented to the public in 1900 – the automatic elevator.

An elevator that was driverless – a Google car of its era.

But instead of being swept off their feet, people… refused to use it.

They’d walk into it, realise that the driver was not there and walk right out.

Like many other inventions, the automatic elevator was completely forgotten.

But in 1945, the elevator operators in New York went on strike, wreaking havoc and grounding the city to a halt.

It’s estimated that the strike prevented one and a half million office workers from getting to work and cost New York a hundred million dollars in lost taxes.

And so the elevator industry decided they had to find an effective way to convince people to rethink, reimagine and redefine what an elevator was.

This time around, however, the effort didn’t go into the technical features but… into creating a safe and inviting environment for passengers.

Surprisingly, it didn’t take much for the public to embrace the invention.

Just three minor tweaks – a big red stop button, a soothing recorded voice and a telephone which people could use to call for help in case of emergency made all the difference.

Gradually, people got used to the automatic elevator and finally, it became the new normal.

And all it took was a little bit more focus on the people who actually used it and a little bit less on tweaking the technology. 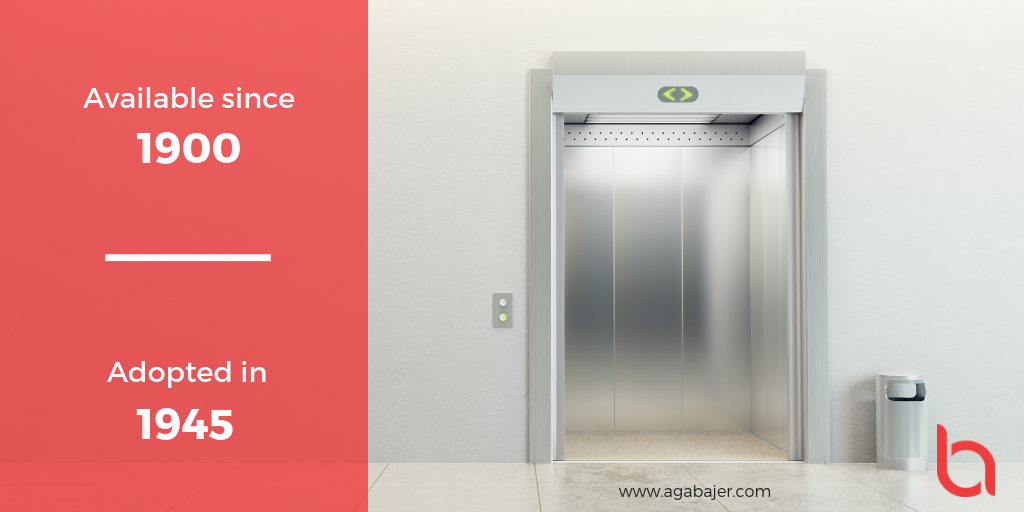 Today we don’t have 50 years to figure out how to create an environment in which people can be more receptive to change.

Change is coming with a force of a tsunami and we need to find a way to tap into its force, fast.

There is a brilliant dialogue in Hemingway’s “The Sun Always Rises” that describes how things tend to creep up on us until it’s too late:

“How did you go bankrupt?” Bill asked.
“Two ways,” Mike said. “Gradually and then suddenly.”

Gradually is over – “wait and see” means waiting to become irrelevant. When looking at business matters, you can see this most strikingly in the lightning rise of digital behemoths and the mass extinction of age-old brands.

If we are now at a stage when “gradually” is over, then how do we create organisations that are agile and nimble, empowered to act, quick to respond to the emergence of new competitors and technologies and sudden changes in the marketplace or environment?

One of the answers that get most consensus today is that we need a major paradigm shift.

Organisms that thrive in non-hierarchical structures without a single point of control, where it’s easy to act, evolve and adapt. 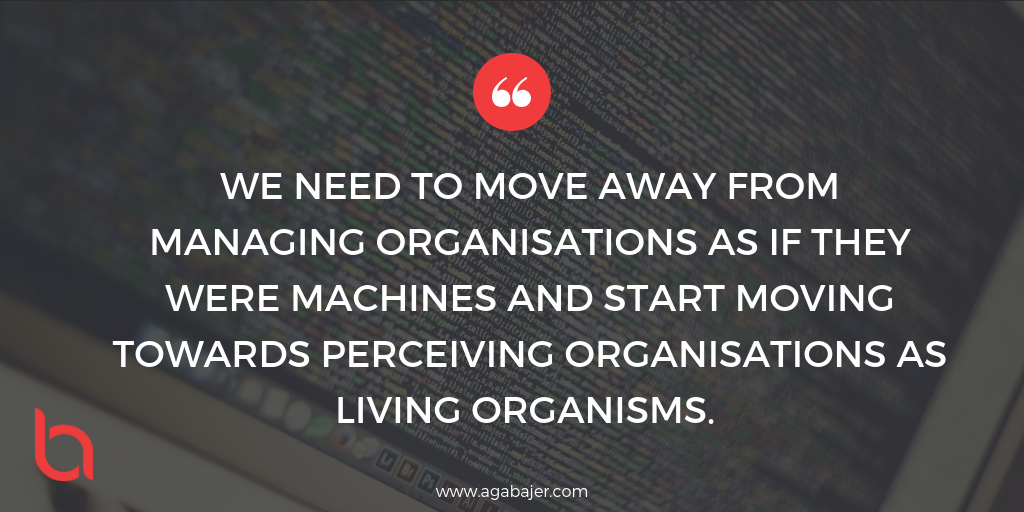 According to McKinsey, the trademarks of these agile organisations include:

(…) a network of teams within a people-centered culture that operates in rapid learning and fast decision cycles which are enabled by technology, and a common purpose that co-creates value for all stakeholders.

There it is again.

There’s no getting away from it – based on all the indications out there, culture will still play a critical role in organisational life in the future.

In fact, culture will most possibly be more important than ever.

And this time around we really can’t afford to mess it up.

If you use a computer or any other electronic device, you know how important it is to update its operating system.

If you don’t update, the apps stop running properly and eventually the whole system crashes.

And here is the thing:

Culture is the operating system our companies run on.

And, astonishingly, it doesn’t get even a fraction of the attention that our IT systems do.

But in spite of all the planning, investment and effort that goes into the change management process, they’re consistently failing to see desirable results.

Because their culture (aka their operating system) keeps giving them an error message:

The operating system is not supported. Set up will exit. 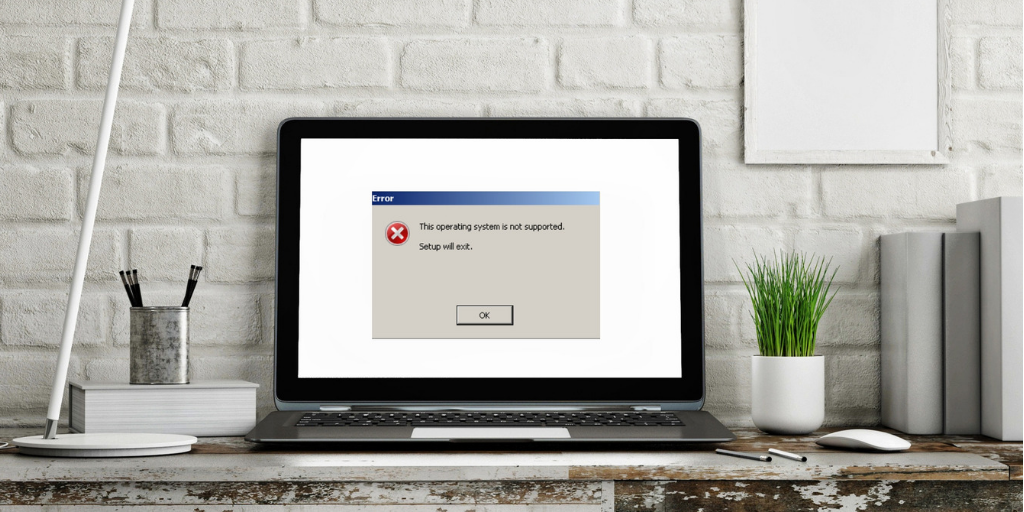 This is what happens when a company culture is not compatible with its future.

And that’s why Peter Drucker famously said that culture eats strategy for breakfast.

The first to come, the last to leave

If culture was a person, HR would describe it as: “dedicated”, “committed” “intrinsically motivated”, a “self-starter”, perhaps even “purpose-driven”.

Culture doesn’t need you to acknowledge its existence.

It doesn’t need you to say: “You are a truly valuable member of this organisation.”.

It doesn’t need you to classify it as talent, put it on an incentive plan or on a performance improvement plan.

It does its job anyway.

Day in and day out, it’s there, driving everything that happens in your organisation.

That account that was lost because nobody wanted to take the decision to give the client a refund?

That really talented and driven person that quit because she felt like there was not enough room for her to grow?

Even when you pretend that it doesn’t exist or that it’s not that important, culture will show up first, before everyone else, every single morning and it will leave last every single night.

All day, every day, culture does what it was programmed to do.

All day, every day, culture does what it was programmed to do?

But, what was it programmed to do?

And who wrote the code?

And does it ever get updated?

These are really good questions and based on your answers, you can easily figure out if your company’s culture is of a random or of an intentional kind:

Can’t really answer any of the questions above?

Have some clarity about what your culture is expected to do for you, who’s responsible for cultivating it (everyone) and how it needs to evolve to support your business?

A random culture is usually a culture that developed without any (or very little) conscious effort to shape it. It’s frequently the shadow of the founder or the leaders.

Somehow, it didn’t get the memo about the new paradigm and so it keeps evolving (randomly) for the industrial age, for the old machine paradigm – where a premium is placed on productivity, certainty, and top-down control.

More often then than not, random cultures fail to unleash their organisation’s potential. Frequently, they are outdated, bug-ridden, and highly problematic.
Random cultures don’t deal well with a rapidly changing environment. They seek predictability and protect the status quo.

An intentional culture is a result of a planned effort. It’s carefully thought-through, strategically aligned, nurtured and supported by leadership and everyone in the company.

It’s a culture that is collectively imagined (and reimagined) and then diligently cultivated.

It’s a culture that develops as it continuously seeks to answer the question:

Who do we need to BECOME to bring our vision to life?

Today, most of the progressive companies I know are aware of the fact that they need to build an environment where it feels safe to embrace and drive change.

They decide to tend to their culture and create an intentional culture.

They know that it’s impossible to mandate culture and so they seek ways to get their people in sync, create movements and generate an energy field where ordinary people achieve extraordinary results as part of a living and breathing organisation.

I hope that your company joins them and starts consciously designing and cultivating a culture that brings your vision to life.

Culture has been and will continue to be the biggest asset – or the biggest liability – for organisations.

Now, more than ever, all these unwritten norms, beliefs and mindsets that drive people’s behaviour in the workplace will determine what is and what is not possible for an organisation in the future.

If you’d like to learn more about evolving culture, you can send me an email.


If you are interested in learning more about organisational culture, you can subscribe to my newsletter, the CultureLab Insider, where I share new blogs and podcast episodes or check out the CultureLab podcast where I interview thought leaders, entrepreneurs, and all sorts of movers and shakers who have something interesting to say about culture and leadership.

And finally, if you enjoyed reading this, please share with your network!