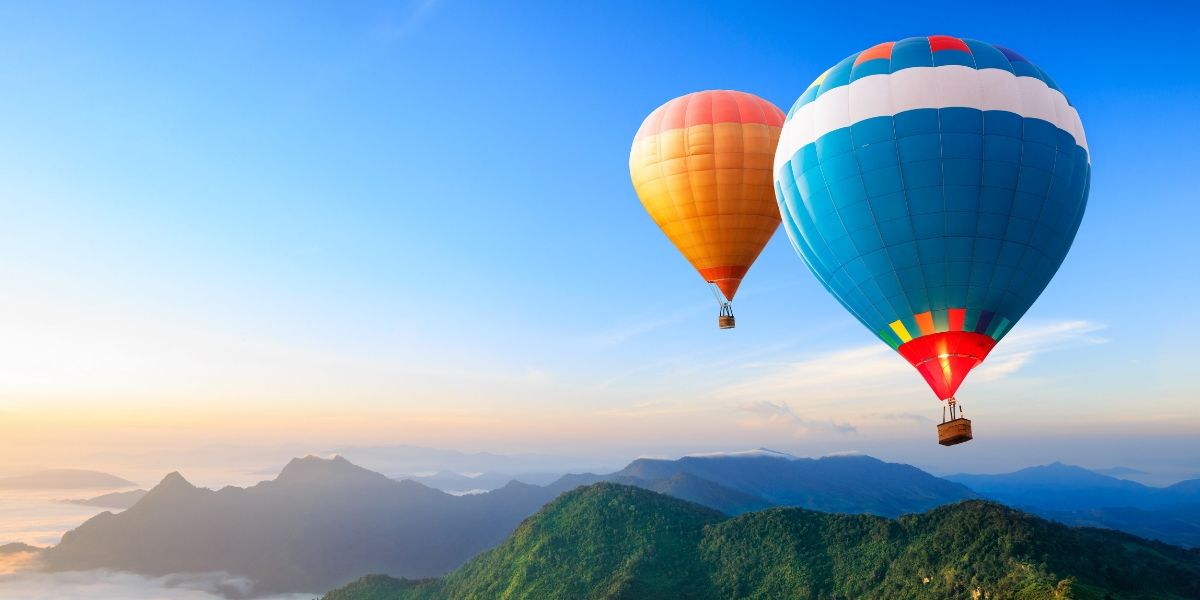 Is Fear Really Your Worst Enemy? What We Can Learn from the Recent Netflix Culture Controversy

A few days ago, the CEO of a company I work with told me:

“I’ve been working on creating a safe environment for my team in the last couple of months and it looks like people are feeling more secure now. In fact, I think I might have overdone it. Some people on my team are just a tad… too relaxed! And instead of improving, their performance has dropped. That’s not something that I’m willing to tolerate.”

We had this conversation the same week that the Netflix “keeper test” was described in a WSJ article, triggering a storm of controversy and generating a heated debate around what some perceive as “management by fear” and some… as an element that drives a high-performance culture.

So, what is the “keeper test”?  Here’s how Netflix describes it:

“If one of the members was thinking of leaving for another firm, would the manager try hard to keep them from leaving?” If an employee doesn’t pass the keeper test, the person is “promptly and respectfully given a generous severance package so we can find someone for that position that makes us an even better dream team.”

The conversation with my client, my recent interview with the former Netflix Chief Talent Officer, Patty McCord, and the heated debate about whether the keeper test is inhumane and highly detrimental to people’s wellbeing or – on the contrary – whether it drives performance and enables people to experience a high amount of satisfaction, made me extremely curious:

What’s really going on here? Why does the Netflix culture seem to be working so well for Netflix and for its consumers? Could it be that it’s successful today but this success is unsustainable long-term? Is Netflix successful in spite of or because of things like the keeper test? What role does fear really play in high performance?

So many questions, so few answers!

When I get curious, I start digging, hypothesising and testing. Here’s what has come out of it.

Fear is bad for people and for the bottom line. Or is it?

When you look at the overwhelming majority of research data, the verdict on fear in the workplace is pretty clear: fear is bad news – period.

When people experience anxiety and fear, their amygdala runs the show and they can’t think straight. Creativity is low, attention is focused primarily on the perceived threats and people’s whole being is primed to fight or flight.

But some researchers suggest that not all fears are created equal.

James Hayton and Gabriella Cacciotti, Professors of Entrepreneurship at the Warwick Business Schools carried out research that shows a more nuanced picture.

If we take fear and uncertainty out of experiences, we end up with a safe, scripted and predictable situation.

Well, it turns out that for the adventure seekers amongst us, safe and predictable equals… unbearable. Boredom and desperation creep in after a few days and make people feel miserable and disengaged. 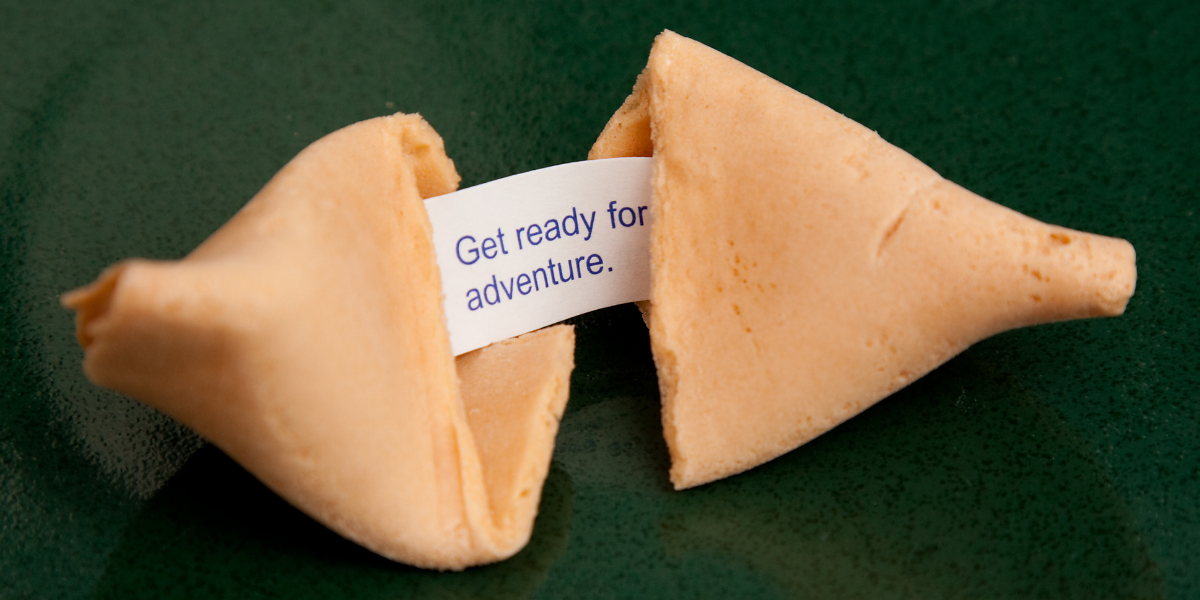 This can be explained by Hayton and Cacciotti’s research.

They looked at how fear affected entrepreneurs and found that fears related to external threats, such as the ability to obtain funding for the venture, were positively associated with drive and persistence in pursuing goals.

To be clear, this is not true for everyone.

Just like some would rather die than spend the whole day lounging by the pool, an all-inclusive resort remains a dream vacation for many.

Some people get motivated and energised by a sense of adventure. Exploring unknown territories and experimenting is their primary fuel. Predictability and comfort, on the other hand, are their worst nightmare.

But there are certain types of fears that mess with the heads (and hearts) of even the most adventurous types.

According to Hayton and Cacciotti’s research, when fears and uncertainty are linked to people’s personal ability to develop a successful venture, they hinder the entrepreneurs’ ability to perform and often lead to paralysis, inability to act and eventually, to lower performance.

Hayton and Cacciotti’s research arrived at an interesting conclusion: 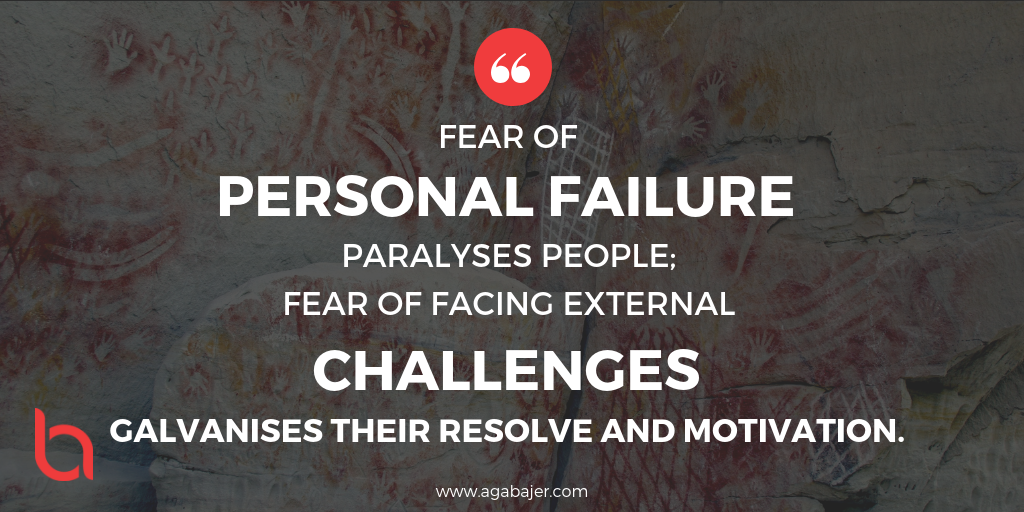 In the vacation analogy, companies like Netflix, who continuously reinvent themselves, represent adventure. They are certainly not an all-inclusive resort vacation.

As a consequence, they appeal to people who thrive on the sense of challenge and risk and who are willing to dance with their fear.

It’s probably safe to say that they are for people whose idea of vacation fun is… climbing K-2.

It’s not entirely surprising that the company’s leadership feels that in order for the company to be successful, their people need to have the best possible team, where each climber is in the top shape and can be fully relied on by their teammates.

Under these circumstances, the “keeper test” could arguably create more of a sense of security than fear.

The message: “we keep only the best, the fittest and only those who are willing to wholeheartedly contribute to our mission” would be very reassuring to many in this context.

If this is, indeed, the main objective of the keeper test, then Netflix needs to answer a few important questions to make sure that things don’t go off the rails in the long-term:

In an ordinary organisation, most people do a second job no-one is paying them for. In businesses large and small (…) most people are spending time and energy covering up their weaknesses, managing other people’s impressions of them, showing themselves to their best advantage, playing politics, hiding their inadequacies, hiding their uncertainties, hiding their limitations. Hiding.

If Netflix culture causes their people to spend their valuable energy on convincing themselves and others that they are perfectly competent and have everything under control just to avoid getting fired, then they have a culture of fear. The kind of fear that is detrimental to performance and to people’s wellbeing.

If, on the other hand, Netflix managed to cultivate a culture where people experience a certain amount of fear due to the sheer magnitude of the challenge but where they have the psychological safety necessary to be vulnerable and, as Brene Brown calls it, ramble with that vulnerability, then they might be onto something.

Only people working in Netflix can know which of the two scenarios is closer to the truth.

Whatever the case for Netflix, it’s good to remember that psychological safety is necessary for people to look at the mountain in front of them and openly admit:

“This is terrifying and exciting at the same time. At the moment, I have no idea how we’ll get to the top. But we will figure it out and we’ll do all it takes to get everyone to the top and safely back to the base camp”.

The problem with… the fear problem

If I were to name the most important thing that I learned in my 20-year consulting practice, it would have to be this:

We approach too many organisational issues as problems to be solved. They are not. They are realities to be experienced and understood and, more often than not, they are polarities to be managed well – not to choose between.

We don’t have to choose between an adventure (and the inherent fear that it generates) and security.

None of the opposites is the “right” answer to creating a stimulating and fulfilling work culture.

The right kind of fear is healthy: it protects us and stimulates us. But to be willing to go on an adventure, we need to know that our team has our back and that we have a safe base to return to.

If your team’s performance is not what you expected and – not unlike the CEO I mentioned at the beginning – you are worried that your people might be becoming complacent, perhaps it’s time to ask yourself:

Are we successfully managing these polarities:

Curious to hear what you think.