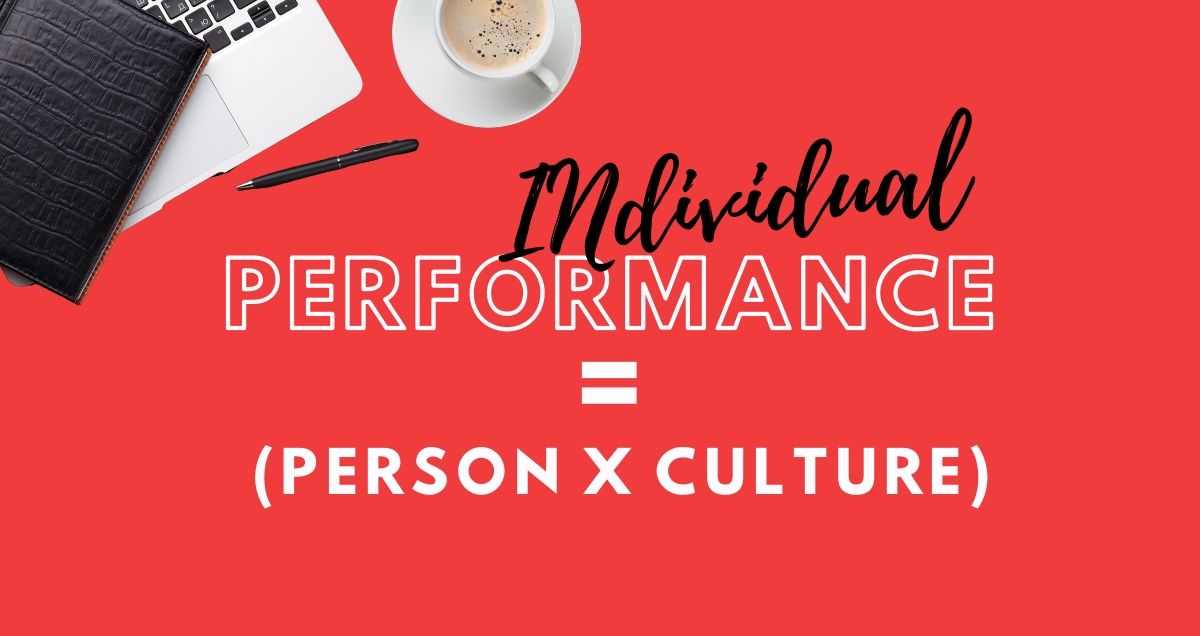 Many years ago, a colleague of mine left the consultancy we both worked for to join a competitor.

Shortly after, word got around that her sales figures went through the roof in the new firm.

I was curious to learn what helped her be so successful.

When we met for dinner, I asked her what she thought was different. She reflected on potential reasons: “It can’t be me. I’m still the same person I was three months ago. It’s not the services, either – we’re still doing the good old OD consulting. It’s not the market – that’s the same, too,” she continued. “It must be the company culture,” she finally concluded.

Company culture was never discussed openly at the firm we both worked at. Our employer wanted us to believe that individual performance was merely a function of our personal traits, motives, grit, discipline, knowledge, and experience.

One of the first things I realized after following my friend’s footsteps and leaving the company was that it was a big, fat lie.

Just like my friend, I was able to accomplish and contribute way more in my new company simply because the culture was healthier and more supportive.

If you want to get the best out of your people, you need to remember that individual performance is a function of a) what people bring to the table as individuals and b) their company’s culture.

It won’t matter if you hire the most talented people in the world. There’s no amount of talent and determination that can overcome a toxic culture. But a healthy, adaptive, and supportive culture can help people overcome their personal limitations.

Culture is a set of expectations

The first step to cultivating a healthy culture is understanding what culture is.

The popular way of describing culture as “the way we do things around here” is not very helpful in developing that understanding. Culture is NOT just the behaviors we see on the surface. It’s way more than that.

In the simplest possible terms, culture is a unique set of expectations regarding how people are supposed to think, feel, and behave in a group to fit in. 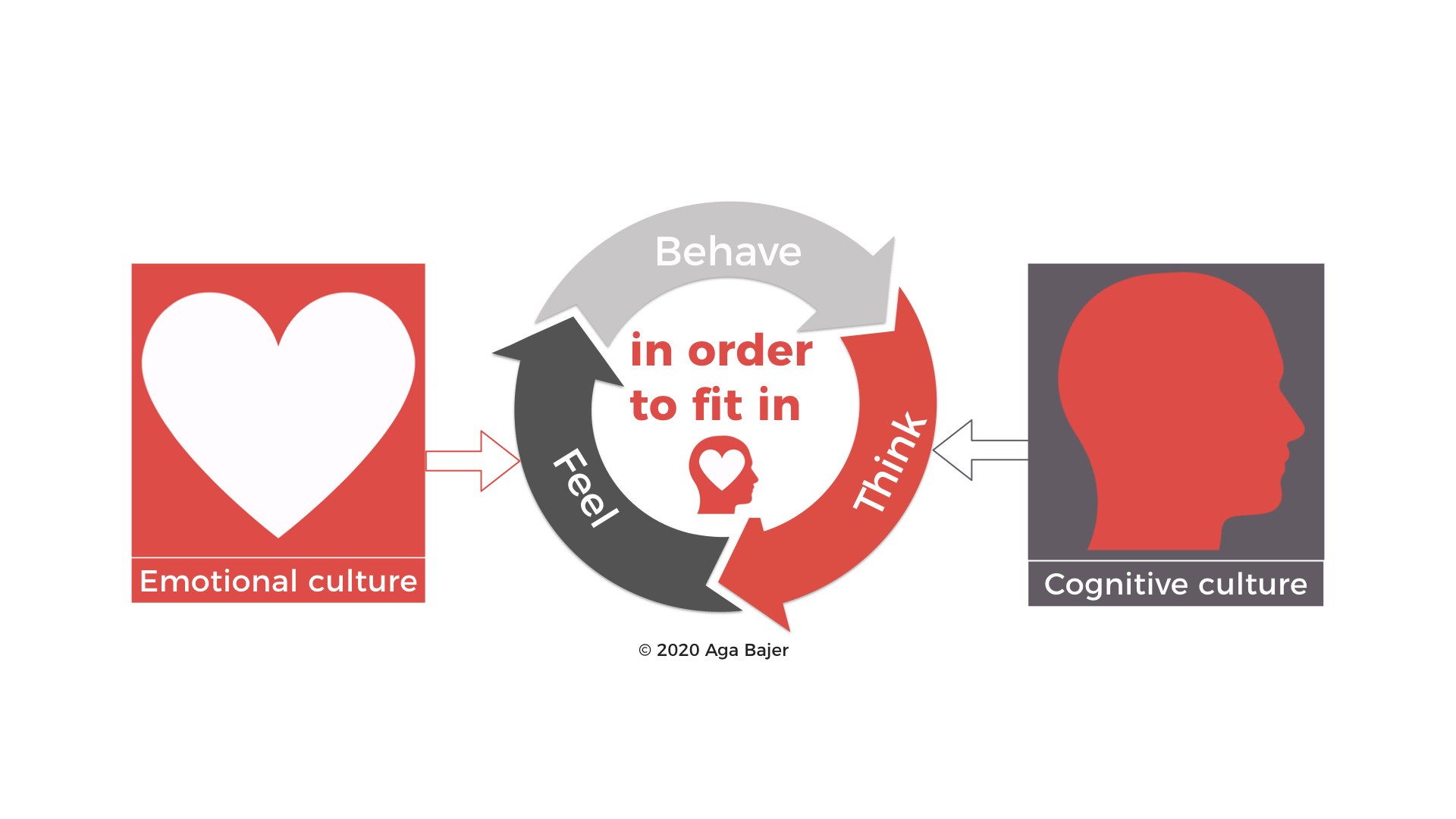 To illustrate that, here is an example of two companies, both in the transportation industry – Uber and Southwest Airlines.

In Southwest Airlines, on the other hand, people are expected to think that the passenger is at the heart of what they do, feel like they are actually having fun working, and put other people first (behavior).

The way of thinking, feeling, and behaving expected at Uber would make you stand out like a sore thumb at Southwest Airlines and vice versa – simply because the collective expectations are different.

What leads to different expectations at different companies is what’s at the very core of culture: the shared attitudes, beliefs, assumptions, worldviews, values, goals and aspirations.

Humans are wired to seek ways to fit in

The need to meet social expectations and to fit in is at the heart of what it means to be human. In fact, it’s baked into our nervous system. Research has demonstrated that we have a separate neural network in our brains that allows us to absorb cultural beliefs and values.

Tens of thousands of years ago, we needed this neural network to survive. If you were an early human, your number one concern was to be a part of a tribe – because a lonely homo sapiens was basically a dead homo sapiens.

Your business has probably been created by humans, for humans, and it probably employs a bunch of humans, too.

And humans have the same brains as they did millennia ago – brains that seek ways to absorb cultural values and norms so that they can fit in.

As a result, unless our brains change, culture will be the most powerful force driving your businesses. It’s the invisible hand that shapes people’s behaviors in the workplace, and it’s the main factor that can help ordinary people achieve extraordinary results.

If you want your team to succeed, the first thing you need to learn is how to cultivate a culture that serves a purpose.