A DIFFERENT KIND OF MANAGER with Sir Cary Cooper 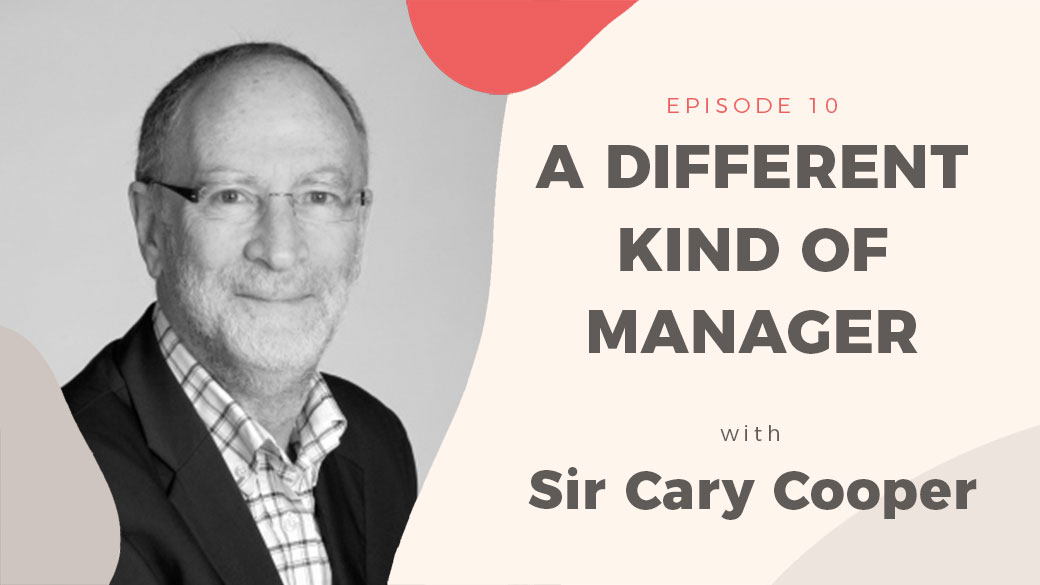 For our organisations to create healthy cultures, we urgently need a new breed of managers: emotionally intelligent, able to give candid feedback, open, transparent and effective in leading organisational change.

You can also listen to the episode on:

According to our guest, Professor Cary Cooper, we still don’t have enough managers with strong people skills. In spite of progress made in the domain of HR in the past decades, the Peter Principle still stands – people keep rising to their level of incompetence and getting promoted to managerial roles for their technical expertise, not their leadership qualities.

As a result, the teams and organisation they lead are often driven by fear and blame rather than by purpose and meaning.

Professor Cooper says that in order to creating wellbeing cultures where people thrive, change needs to start at the top. We need more senior leaders who walk the talk and can be seen as role models.

Sometime this may even require something that’s dreaded in the macho culture which is still so prevalent in today’s business world – vulnerability.

A good example of using his own volurability for a good cause is Antonio Horta-Osorio, the CEO of Lloyds Bank in the UK, who admitted that his job nearly “broke” him as the bank’s finances drove him into a zombified state. Instead of trying to bury the news of his 2-month leave of absence caused by stress, he’d given details of the episode to raise awareness of mental health problems at work. 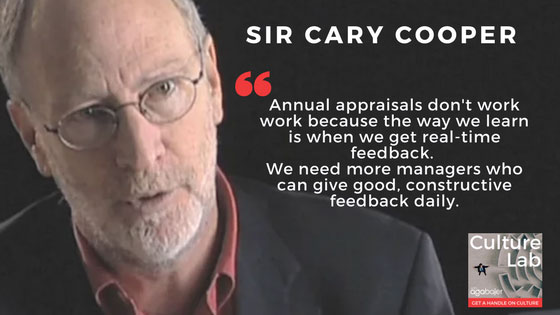 Other key qualities that the new breed of managers requires, according to Professor Cooper, are:

Sir Cary Cooper is a Professor of Organisational Psychology at the Manchester Business School, an author of a number of books and the President of CIPD. He was knighted by the Queen of the United Kingdom in 2014 for his contribution to health and social sciences.

He only had one regret when he was awarded this honour – that his parents were no longer alive.

His Ukrainian father and Romanian mother came to the United States in search of a better life. They were both uneducated and were thrilled that their son was given an opportunity to have a University education.

Professor Cooper says that his passion and commitment to creating a better workplace originates from his early childhood experiences – being brought up by two hard working parents, as well as his job as a social worker in a deprived black community in LA.

Books mentioned on the podcast

Stephen Stern, Cary Cooper “Myths of Management – What People Get Wrong About Being the Boss”