LEADING WITH PRESENCE with Patsy Rodenburg 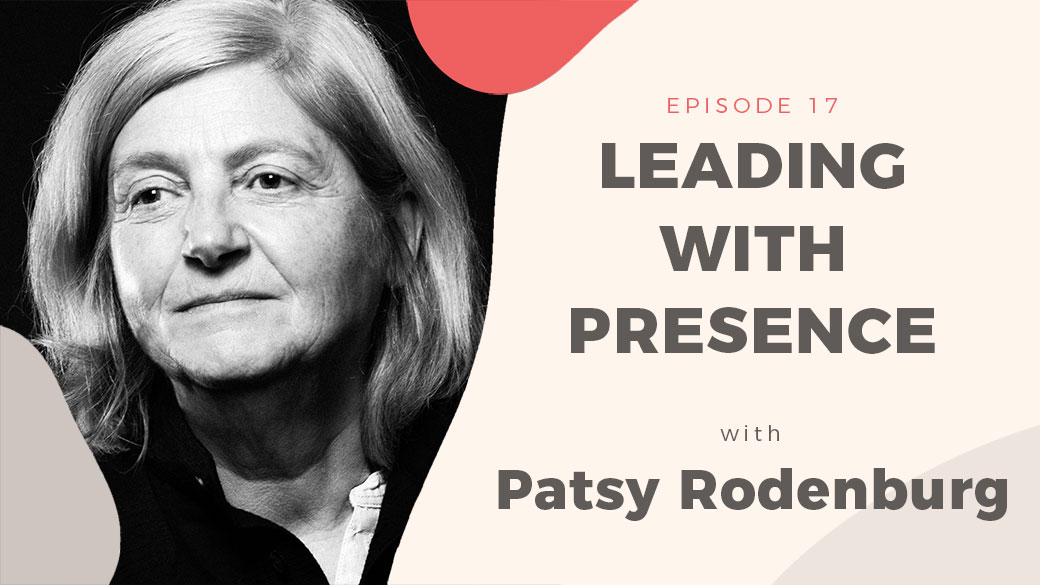 Patsy Rodenburg has transformed the way voice and acting are taught all over the world. She has also been a major influencer in penal reform. She has staged Shakespeare in maximum-security prisons and worked with the criminally insane for over 30 years. In this interview I talk to Patsy about hugely important topics such as presence, leadership, power, fairness, redemption and women’s voices.

Prefer listening on iTunes or Stitcher? Just click below.

Patsy Rodenburg divides her time between London, New York and Silves in Portugal.

While London and New York is where she keeps busy, Silves is her place to retreat, write and recharge.

I met Patsy in her farmhouse in Silves – a perfect setting for a conversation about presence. Surrounded by citrus groves and vineyards, with an unobstructed view of the Silves Castle on one side and white storks of the Algarve busily flying to and fro above us, we eventually settled in her kitchen with a cup of tea. 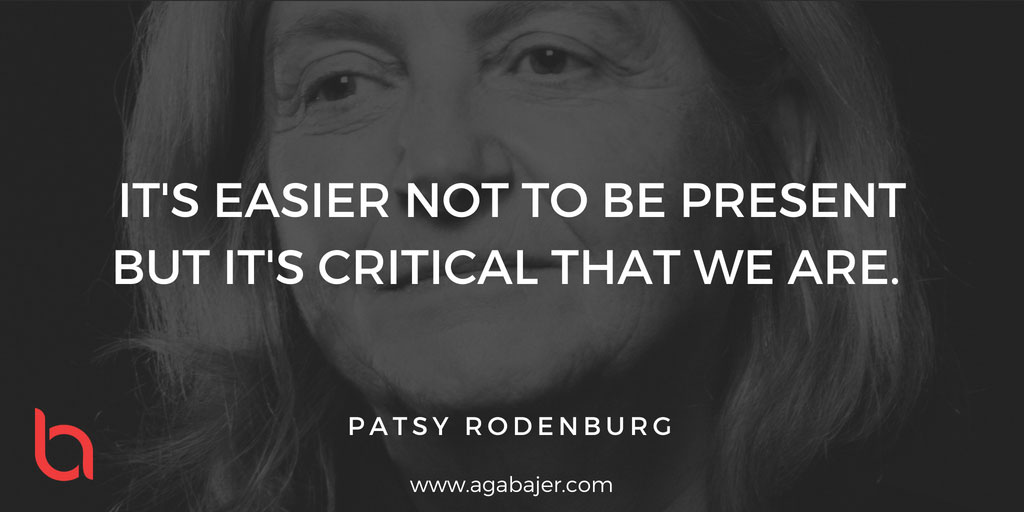 Patsy was completely relaxed when I rearranged her furniture to minimise the echo of her newly renovated house, as if having people armed with huge mics and headphones was a daily occurrence on the farm.

It wasn’t until I looked at her fridge that she set her boundaries.

“I’m not switching that off.” she said, smiling.

So, Patsy and I sat opposite each other in the least “boomy” part of her house, crammed between her fridge and the kitchen window – and I asked my first question, the one I ask every CultureLab guest.

“What were the early cultural influence that shaped you as a person?”

Without any hesitation, Patsy replied, “Shakespeare”.

She discovered the great English poet and playwright as a 9-year old girl and her life was never the same since.

Since then, Patsy Rodenburg has become a world expert on teaching voice, speech and presentation skills, initially to actors, but more recently in high profile corporate spheres.

And it’s through her work with Shakespeare that she developed the concept of the Three Circles of Energy that we talk about during the interview.

The more you want to be liked, the less likely it becomes.
Tweet this quote

Being in conversation with Patsy, in second circle, was a really powerful and intimate experience. She truly practices what she preaches and I hope that you enjoy this interview as much as I enjoyed spending time with her.

There is no reason why women's voices cannot be heard. We just need a bit of help because we haven't been encouraged to speak up as much as men.
Tweet this quote

Patsy originally trained as an actor but soon moved into voice coaching, fast becoming an associate of the Royal Court Theatre and the Royal Shakespeare Company, and eventually working as Head of Voice at the Royal National Theatre for 16 years. Her first book, The Right to Speak, was first published by Methuen in 1992 and was re-printed in 2015. Patsy then wrote The Need for Words (Methuen, 1993), The Actor Speaks (Methuen, 1997), and Speaking Shakespeare (Methuen, 2001), the last of which is viewed by the theatrical industry as a seminal work on the performance of Shakespeare.

Her extensive experience in examining human interaction on a theatrical level has given her vast insight into the qualities that are required for success in the corporate world, concepts which are best explored in her books, Presence (Penguin, 2007) and Power Presentation (Penguin, 2009).

Patsy is based in London but has taught all over the world transforming people from all walks of life, helping them to overcome perceived obstacles by helping them to redefine their presence. She is currently Professor of Text and Poetry at the Guildhall School of Music & Drama, where she has been for 36 years and is on the board of directors with the Royal Shakespeare Company. Patsy also works extensively in the U.S.A from the Michael Howard Studios in New York.

Still curious about Patsy? Go to:

Ian Mcgilchrist, “The Master and His Emissary; The Divided Brain and the Making of the Western World”

Patsy Rodenburg, “Presence: How to Use Positive Energy for Success in Every Situation”