THE 5 PRINCIPLES OF VIRAL CULTURE CHANGE with Leandro Herrero 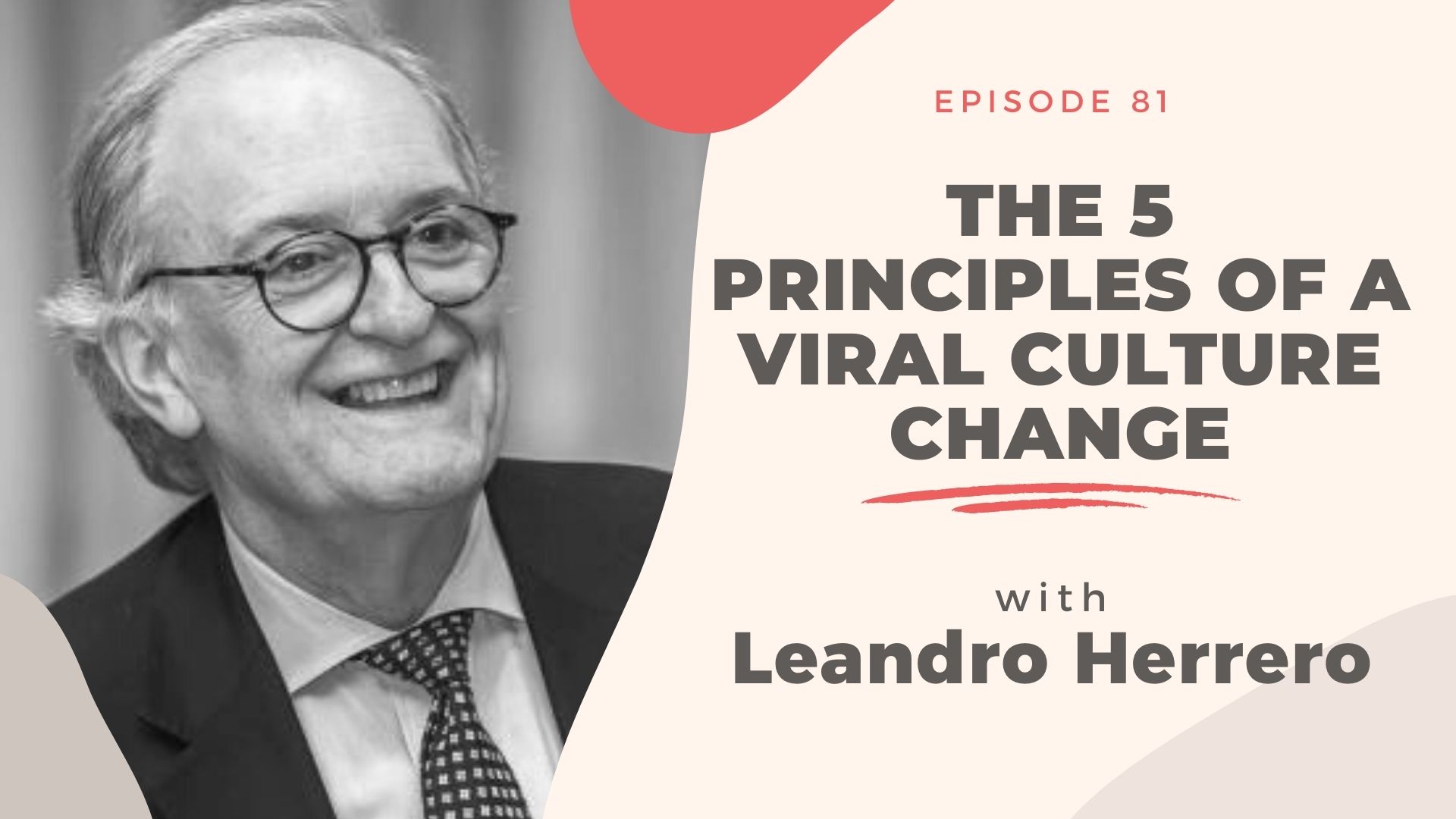 Have you ever tried to guide your organizations toward a new cultural priority, only to find that many of the employees are entrenched in their existing values or beliefs and undermine the change efforts?

It happens all the time.

Even the most well-intentioned efforts to evolve company culture fall flat when they use the traditional, top-down approach to driving culture evolution.

But culture doesn’t change through a mandate – it’s a complex, deeply social phenomenon that requires a movement to spread and to stick.

And so today, I talk to Leandro Herrero who is the pioneer of Viral Change™ – a methodology that delivers large-scale behavioural and cultural change in organizations, while creating lasting capacity for adaptability and agility.

The primary focus of his work is the creation of cutting-edge organizational architectures based on three pillars: an Enabling Design, a Mobilizing Platform and Collective Leadership.

Here are some of the highlights from this interview:

Dr. Leandro Herrero is the CEO, Chief Organization Architect and lead designer of the products and services of The Chalfont Project, an international firm of organizational architects.

He is the author of several books, his most recent release Camino – Leadership Notes on the Road, as well as The Flipping Point – Deprogramming Management, Viral Change™, the alternative to slow, painful and unsuccessful management of change in organizations (2006, 2008) and its follow up Homo Imitans, the art of social infection; Viral Change™ in action. He has also written 4 other management books on leadership, change and disruptive management innovation.

Dr. Herrero’s primary focus of work is the creation of cutting-edge organizational architectures based upon three pillars: an Enabling Design, a Mobilizing Platform (Viral Change™) and Collective Leadership (Leadership for Collective Action). These cutting edge architectures – with a specific Behavioural DNA – cater for, and thrive in, complex and unpredictable environments.

Although headquartered in the UK, The Chalfont Project’s international team of organization architects work with clients in the private and public sectors, across all geographies

Dr. Leandro Herrero is a psychiatrist by background who, after medical practice and academia, spent years in top global leadership roles within companies in the UK and the US. As well as his medical and psychiatric qualifications, he holds a Master’s in Business Administration and is a Fellow of several management bodies.

He is also Executive Fellow at the Centre for the Future of Organization, Drucker School of Management.

Dr. Herrero is an international speaker on organizational challenges and writes a Daily Thoughts blog that has a large community of followers. In 2016, he was voted one of the Top Voices in the UK on LinkedIn, for his articles on management, leadership and change issues.

The Leader with Seven Faces by Leandro Herrero

However: Work could be remarkable by Leandro Herrero

Camino: Leadership Notes on the Road by Leandro Herrero

Innovactions: Escape from the Me-too Company by Leandro Herrero

CultureBrained Community – a one-of-a-kind virtual community for Heads of People and Culture, founders, and leaders who want to up their culture game.